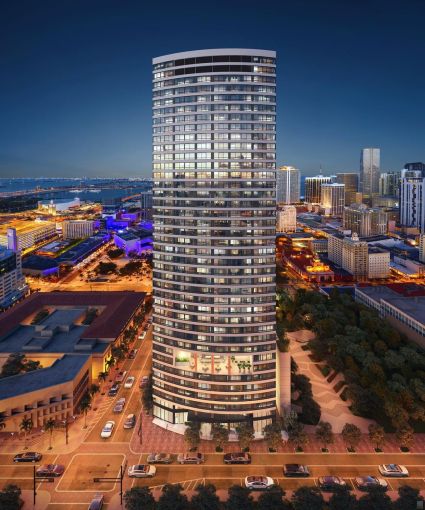 The Related Group has secured $76 million in financing for the development of a 343-unit luxury condominium project in downtown Miami.

Madison Realty Capital, a real estate private equity firm, said Thursday that it originated the loan. Related is managing development of the property in partnership with ROVR Development and BH Group.

The 37-story property, known as District 225, is at 225 North Miami Avenue. The building’s mix of furnished studio apartments and one- and two-bedroom units have been fully pre-sold. Pre-construction sale prices ranged from $300,000 for studios to $800,000 for two-bedroom units. Each unit will include floor-to-ceiling windows and smart-home technology.

Plans call for ground-floor retail, a rooftop deck with a pool and fire pits, basketball and racquetball courts, a rock-climbing wall and coworking spaces. District 225 will also let owners rent their units through Related Group’s partnership with Airbnb.

“Not only did the project sell out in record time, but it also gave birth to an all-new type of restriction-free development that’s already had many other projects follow in its footsteps,” Related Group President Jon Paul Perez said in a statement.

The project is part of a trend toward ready-to-rent condos, and District 225’s fast sellout is just the latest sign that downtown Miami is booming as a place to live. The downtown once emptied at night and on weekends when office workers headed home to the suburbs. But that trend has changed in the past decade – according to research by Brookings, Miami had the fastest-growing population of any major downtown over the past two decades. Miami’s urban core posted population growth of 202.5 percent from 2000 to 2018.