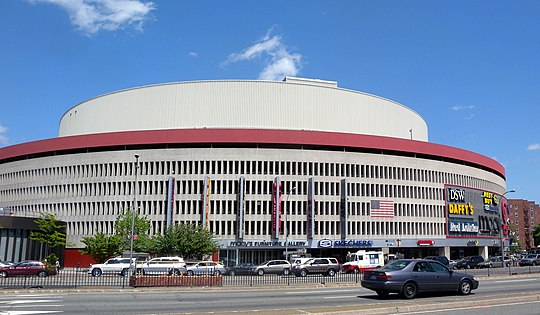 There will be a Lidl fish in a big pond come the first quarter of 2024 as the international grocery store plans a 35,000-square-foot outpost in Queens Place Mall.

The German discount grocery store, known for giving employees generous wages and benefits, signed a long-term lease for the entire lower level of Madison International Realty’s 440,000-square-foot mall in Elmhurst, Queens, according to the landlord. Madison declined to provide the terms of the deal.

The U.S. arm of Lidl, based in Arlington, Va., has 170 locations in the country, including one in Harlem and another in Astoria. Lidl will replace a shuttered DSW in Queen Place.

“This latest addition to the mall continues our approach of bringing retailers that serve daily needs to our shopping centers and expanding our mix of retail offerings,” Ehud Kupperman, a director at Madison, said in a statement. “We view the Lidl store as an integral addition to the services we offer to the neighborhood and to the families who shop at Queens Place.”

Shuckman and C&W did not immediately respond to requests for comment.

The announcement of a second Lidl heading to Queens was praised by elected officials.

“Lidl is well known for its good-paying jobs, affordable prices, and its diverse, healthy and high-quality food offerings, so we are very excited that the company will be opening a second store here in Queens,“ Queens Borough President Donovan Richards said in a statement. “Lidl’s Astoria location has been a big hit with shoppers, and we are looking forward to the same kind of success as the company branches into Elmhurst in service of central Queens families.”