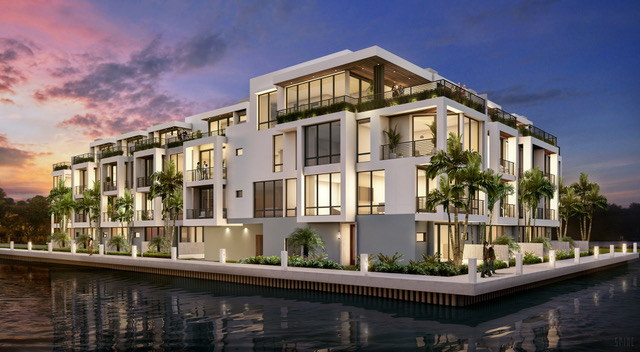 Called Koya Bay, the development will feature 10 residences — all of which will rise four stories, spanning between 4,327 and 5,288 square feet — as well as private rooftops and boat slips.

The funding from LV Lending will go toward finishing the construction. Macken broke ground on Koya Bay in February and expects the project to be delivered during the first quarter of 2023.

With prices starting at $2.6 million, the project is nearly sold out, according to a spokesperson for Macken, who declined to say the exact number of units that sold.

The developer bought the 0.6-acre site, at 4098 NE 167th Street, for $3.25 million. It’s just north of the Oleta River Park facing the Intracoastal Waterway, in the upscale gated neighborhood of Eastern Shores, which has 24/7 private security staffed by off-duty police.

Other projects are underway in North Miami Beach, which sits just north of the Magic City. Further inland, PPG Development bought a portion of the Nova Southeastern University campus for $31.5 million with plans to build a 700-unit project, per The Real Deal.

In nearby Bay Harbor Islands, CMC Group and Morabito Properties nabbed $64.5 million for a project similar to Koya Bay.