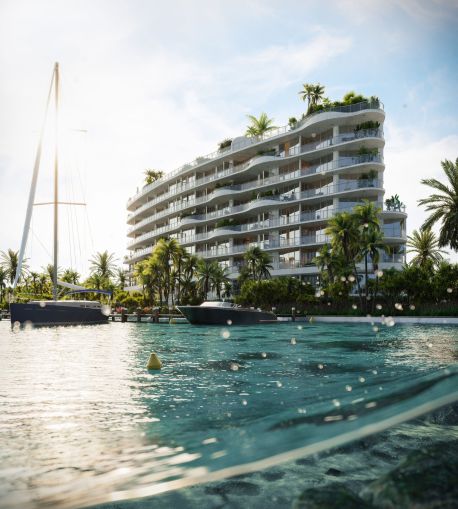 The pair broke ground on their eight-story luxury condominium, Onda Residences, last November, expecting it to open next year. Located at 1135 103rd Street, the project, designed by Arquitectonica, boasts more than 300 feet of bay frontage at the northern tip of the island, just west of Bal Harbour.

The 41-unit development is already 85 percent sold, primarily from domestic buyers, according to the joint venture. Asking prices for condominiums have ranged from $1.8 million to over $9.5 million.

Terra, the developer that recently settled a lawsuit over the deadly Champlain condo collapse, is also building a mixed-used development in the Bay Harbor Islands, after scoring $141 million in construction financing last year.

CMC, led by Ugo Colombo, is developing a similar boutique condominium with 65 apartments at the southern end of Miami in Grove Isle, but a group of residents seeking to halt the project is suing the City, The Real Deal reported.

Julia Echikson can be reached at juliaechikson@commercialobserver.com.