The $1.3 billion development includes a 45-story multifamily structure, a 28-story hotel and 164,000 square feet of retail and restaurant space 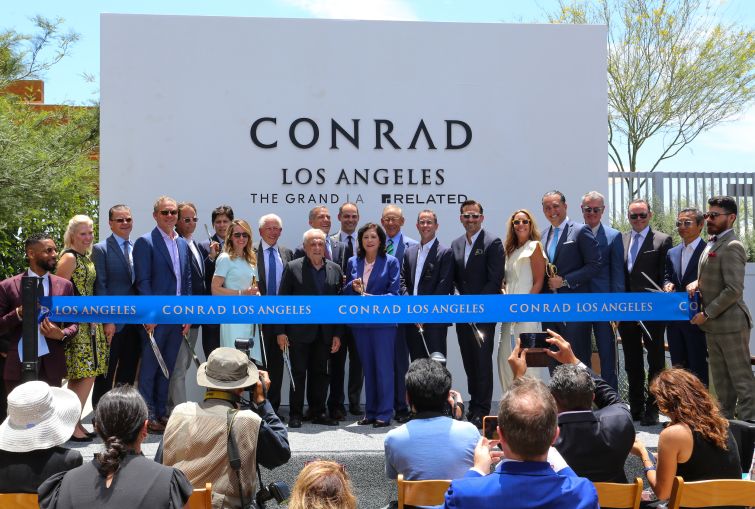 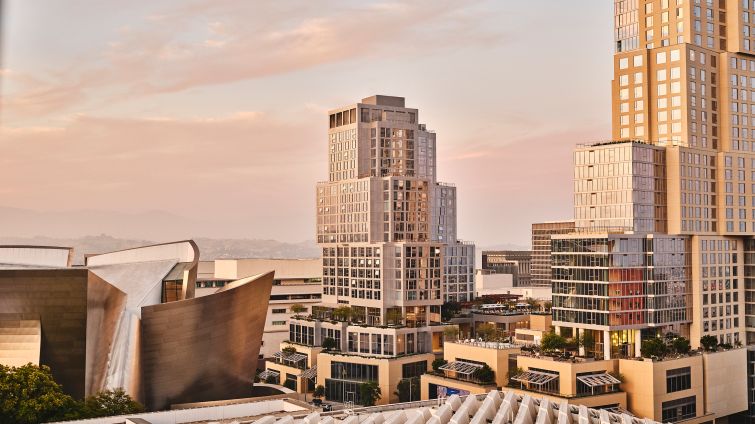 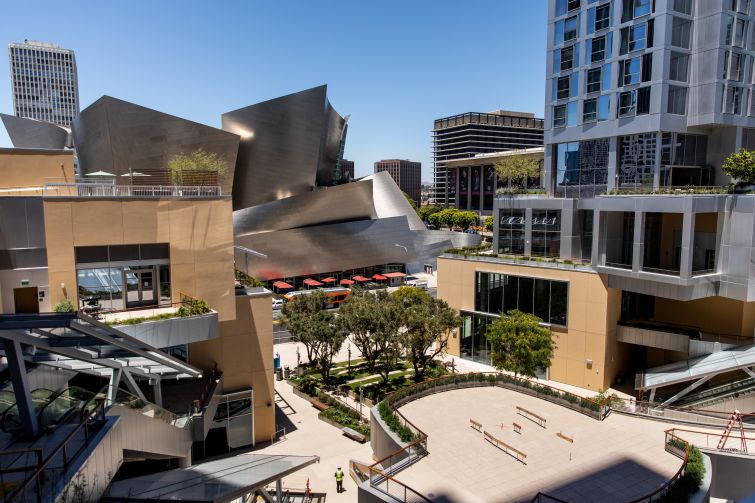 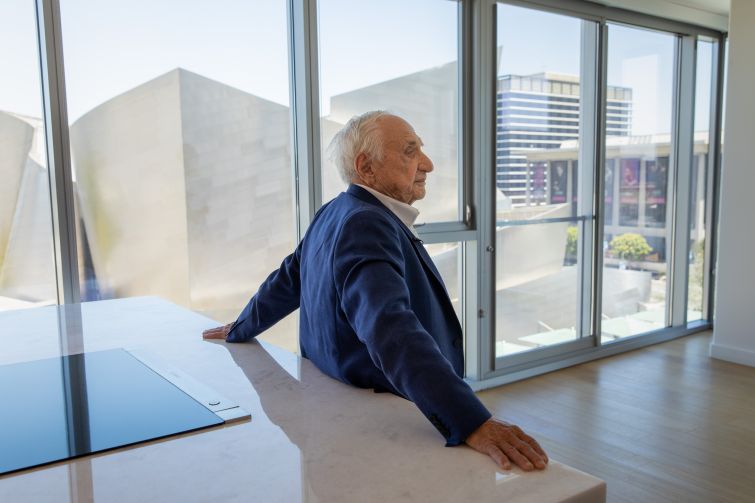 Acclaimed architect Frank Gehry inside his personal apartment in The Grand by Gehry directly across from the Walt Disney Concert Hall, which he also designed. Los Angeles Times via Getty Images 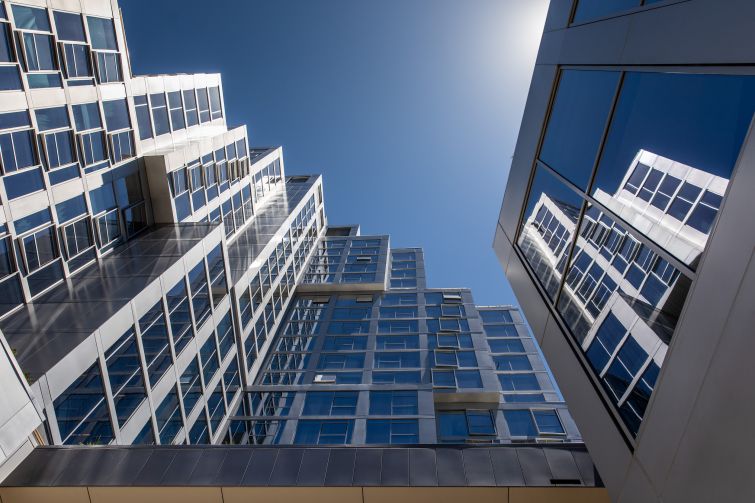 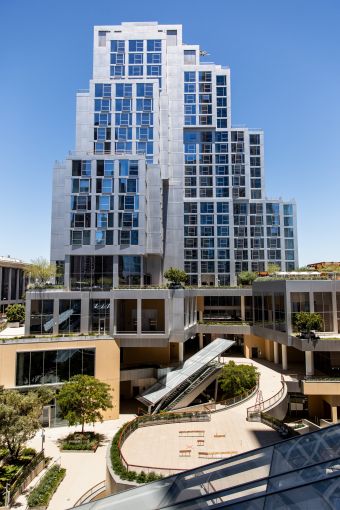 New York-based Related Companies first secured a contract to build an enormous project on Grand Avenue in 2004, and after several design changes, a national recession and a global pandemic, the company has opened the hotel and residential towers: the Conrad Los Angeles and The Grand by Gehry. The retail aspect — which includes 164,000 square feet of restaurants, shopping and entertainment venues — will open in spring 2023.

According to media reports, The Grand by Gehry will include 234 market-rate units, 89 below-market subsidized units for low-income tenants, and 113 luxury units. That includes studios, one-, two- and three-bedroom rental apartments, as well as 22,000 square feet of amenities, including an outdoor pool deck overlooking Walt Disney Concert Hall, and a fitness center with a yoga studio.

Rates at the hotel start at more than $500 per night. It features five food and beverage concepts from Chef José Andrés and ThinkFoodGroup, as well as a 7,000-square-foot spa, a 16,000-square-foot rooftop terrace and pool deck, and 12,000 square feet of events and meeting spaces, including a 4,800-square-foot ballroom.

“Conrad Hotel guests and visitors can now gaze across Grand Avenue to Disney Hall and experience both buildings in context as their architect intended,” Mayor Eric Garcetti said in a statement. “We are forever grateful to Frank Gehry and Eli Broad for their vision and commitment to our city.”

Broad, who died in 2021, led the revitalization of Grand Avenue, including the fundraising campaign to build Disney Hall, among other local landmarks.

The development is also adjacent to MOCA, The Broad museum, The Music Center and the 12-acre Grand Park, which was also developed by Stephen Ross’ Related Companies.

“There’s no question that this project has delivered Los Angeles its newest work of art to showcase to the world as an architectural triumph as well as a mixed-use complex with affordability to lead an economic resurgence in Downtown Los Angeles,” Councilman Kevin de León said.

Downtown L.A. is currently experiencing a residential resurgence after the pandemic, and Related’s Rick Vogel recently told Commercial Observer that it’s part of  “a demographic shift in mindset.”

“We do believe downtown has recovered, except for office occupancy, and it’s the residential growth that will be the primary growth driver,” Vogel said earlier this year. “Office demand will always be an important part of the economy, but people have many other reasons to come downtown. Pre-pandemic, office growth wasn’t the underlying demand generator.”