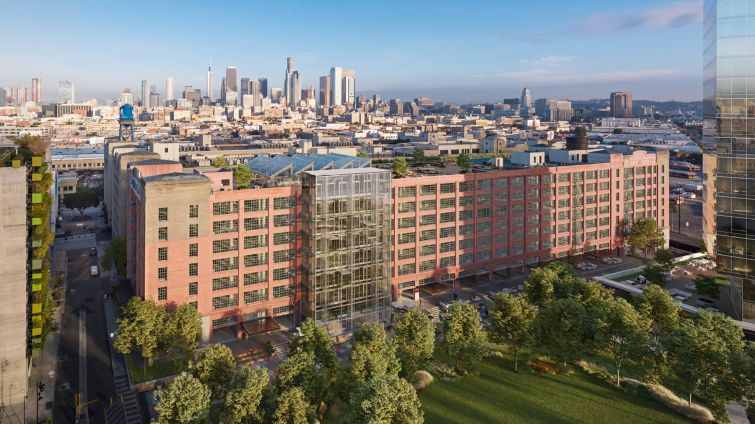 The fashion brand REVOLVE has signed a lease to relocate and expand its footprint at Atlas Capital’s development, ROW DTLA, in a move that involves a lot of capital letters.

The e-commerce apparel company’s new office includes 42,000 square feet on the second floor at 1318 Seventh Street, as well 6,000 square feet in an adjacent building for a photo studio, in Downtown Los Angeles. REVOLVE’s previous office was about one mile west in 40,000 square feet across four floors in the Gerry Building at 910 South Los Angeles Street.

“For REVOLVE, it was essential that they would be able to create a new, upgraded work environment that would excite employees coming back to the office,” said Savills’ Chris O’Connor.

Apparel companies have been among the most active office and retail tenants in L.A. the past year. Clothing and accessory retailer Johnny Was signed a 31,153-square-foot lease for its new headquarters at an office owned by Atlas Capital in downtown at the corner of Seventh and Olive streets. Savills also assisted REVOLVE in securing its 10,000-square-foot pop-up space on Melrose Avenue in West Hollywood.

Further, Adidas relocated to 106,303 square feet downtown at California Market Center, and Nike also expanded its lease to take about 183,000 square feet at the Water’s Edge campus in Playa Vista.

Josh Wrobel, Jaclyn Ward and Cassie Trosclair of JLL represented Atlas Capital on the REVOLVE lease. Atlas was not immediately available for comment.