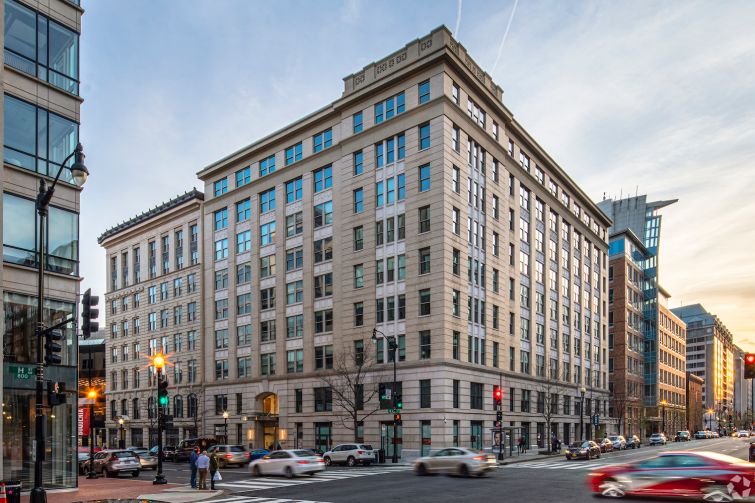 The D.C. market registered nearly 1.1 million square feet of new leasing activity during the second quarter. While lower than the first quarter, the activity was still on an upward trajectory for the year compared to 2021.

“The flight-to-quality trend for office buildings remained steady in D.C. over the second quarter, as Class A space registered just over 600,000 square feet of positive absorption,” Ryan Miller, Cushman & Wakefield’s managing principal, D.C., told Commercial Observer. “We remain bullish about D.C.’s office market as companies continue to evaluate their workplace needs and return to the office.”

Colliers Q2 report noted there were 38 deals signed for more than 10,000 square feet this quarter, compared to 40 in the first quarter and an average of just over 30 per quarter in 2021.

Miles Rodnan, senior research analyst at Colliers, said leasing activity picking up from the lows of the last two years is a positive sign, but it is not enough to offset the move-outs and space reductions that are occurring.

Net absorption was flat, with 17,577 square feet returned to the market, but far below the  previous four-quarter average of negative 270,475 square feet, per Colliers. “Unlike other quarters, the second quarter was not as affected by significant downsizes from tenant moves,” the report stated.

While leasing volume increased, rental rates went in the other direction. Office rents decreased to $55.51 per square foot on a full-service basis, dropping in both Class A and Class B space. Meanwhile, Class C space increased by over a dollar from the first quarter.

The office vacancy rate didn’t ease up, either. In fact, it increased 150 basis points over last quarter to 19.9 percent, which is up 600 basis points from pre-pandemic levels, according to CBRE’s Q2 report. However, with just 830,000 square feet of office product under construction, those numbers are expected to fall.

The dwindling pipeline should allow for the lease-up of existing space and produce a slowdown in the rate at which vacancy has been climbing, the CBRE research team wrote in its report.

“While office market fundamentals remain challenged, the uptick in vacancy this quarter was expected given the delivery of four new office properties across the District,” Erin Janacek, CBRE’s mid-Atlantic research manager, told CO. “Overall leasing activity was slightly lower than Q1 levels, but several transactions are in the immediate pipeline and we remain on pace to meet 2021 leasing totals by year-end.”

One of the biggest deals this quarter was in D.C.’s Southwest submarket, which saw 533,770 square feet come on line with both 670 and 680 Maine Avenue SW at the Wharf delivering. Williams & Connolly took 292,000 square feet at the latter building.

Nonprofits have accounted for 16 percent of total leasing activity and 71,000 square feet of occupancy loss in 2022 so far, according to CBRE, with seven leases larger than 10,000 square feet coming in Q2 for a combined 265,000 square feet. The largest was Blue Cross Blue Shield Association inking 63,782 square feet at 750 Ninth Street NW, downsizing by nearly 20 percent from its current footprint at 1310 G Street NW.

That said, Class A saw most of the benefit this quarter. “The trend of flight to quality remains as Class A space registered just over 600,000 square feet of positive absorption,” Cushman & Wakefield wrote in its report.

Looking ahead, there is still an ample amount of space in the pipeline, with the fully leased, 167,000-square-foot office development at City Ridge expected to be delivered in Q3.

CBRE noted further headwinds are expected in the office sector, as employees continue to embrace remote and hybrid work.