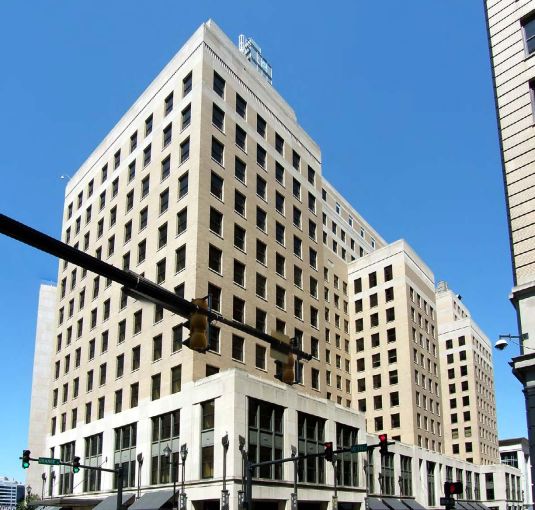 The Buccini/Pollin Group (BPG) has landed a $69 million debt package to refinance and reposition a Delaware office asset into a mixed-use property with luxury apartments, Commercial Observer can first report.

“This project and its financing were incredibly complicated and highly structured, with the acquisition, tax credit financing and multiple tranches of debt in the capital stack in a volatile and changing market environment,” Betesh said in a statement. “The multifamily market in Wilmington is growing exponentially with BPG leading the way and continuing to deliver high-quality apartments with luxury amenities to the market.”

Located at 10007 North Orange Street in downtown Wilmington, The Nemours Building is one of the largest office buildings in the state of Delaware spanning 550,000 square feet. The 14-story structure was originally built in stages from 1935 to 1942 as an addition to the DuPont Company’s global headquarters complex.

BPG is planning to convert the property into a mixed-use project with initially 260 high-end residential units that rises to 400 over time, along with increased retail and coworking /flex office uses. The residential conversion also includes plans to construct a new lobby and renovate the building’s common areas and amenity package. The sponsor also is slated to enclose the building’s two 2,000 square-foot roof decks in order to create a gaming and entertainment lounge that will remain open year-round.

The Nemours Building project follows another office to multifamily conversion BPG executed in Wilmington with the historic DuPont Building. The redevelopment included a one-million-square-foot, live-work-play building that includes 200 apartment units, the historic Hotel DuPont, restaurants, retail and the headquarters for the Chemours Company.

Officials for Deutsche Bank, Fidelity and BPG did not immediately return requests for comment.