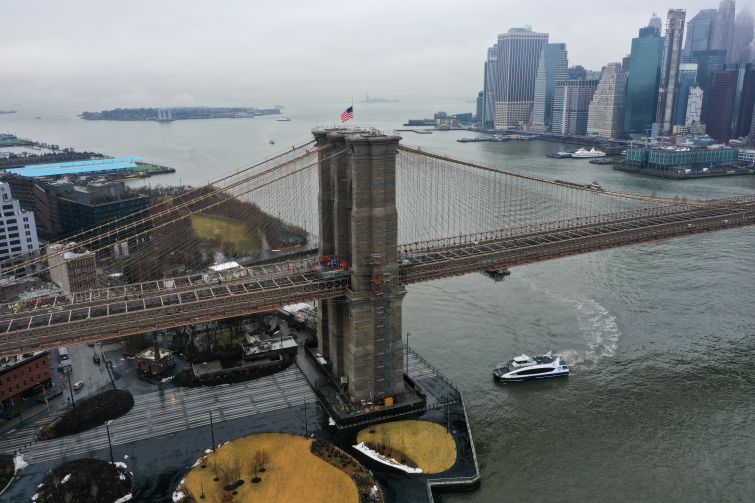 The commercial real estate industry has been buzzing. News of large e-commerce and logistics companies pulling back on their warehouse spaces — with giants like Amazon putting millions of square feet up for sublease — has shifted sentiments nationally. However, oversupply and lack of demand fears are not at play when it comes to the Brooklyn industrial market. In fact, I would argue that Brooklyn’s industrial market is unlike any other in the country.

New York City, with more than 8 million people, and Brooklyn, specifically, with 2.6 million residents, has become one of the most supply-constrained U.S. cities when it comes to industrial properties. Two decades of residential rezonings of some of the borough’s largest industrial neighborhoods, coupled with the conversion of industrial space for other commercial uses and subdivision of large parcels into smaller lots, has made finding large sites — suitable for large distribution facilities — extremely challenging.

Sellers of Brooklyn industrial properties have often owned and operated their businesses for decades. Their decision to sell is typically not based on current market conditions, rather a change in the way their business operates on that particular property. Since these types of investment opportunities don’t arise often, they spike serious interest when they do, making the borough’s industrial market more competitive than ever.

Take Prologis. We’ve closed a number of deals with them over the years, with three in particular that showcase the rarity of Brooklyn generational owners bringing their properties to market. Entering the Brooklyn market for the first time in 2019, Prologis purchased a building from a candy company that was operating there for over 50 years. Later that year, we also arranged its second and third East Williamsburg purchases, one from an envelope manufacturer that operated in that same location for 32 years as well as a marble distributor that owned the space for over a decade.

The infrequency and shortage of large sites in general has led many large industrial investors, including Prologis, to aggressively pursue properties as they come to market.

Another major differentiator is that Brooklyn’s industrial market consists of much more than just large warehouse spaces. Insights from TerraCRG’s Brooklyn market reports over the past decade reflect that there are currently about 7,000 properties in Brooklyn zoned industrial, with about 100 trading in an average year, and only approximately 10 percent of those are over 50,000 square feet (yes, you read that right — 10 sites of 50,000 square feet and up).

The reality is the vast majority of industrial properties are not large enough for distribution centers, and Brooklyn is home to a wealth of other commercial operators — the makers, artists, restauraters and designers who define the borough — and all of them need space to operate.

Having experienced net positive absorption year to date, the city’s industrial market has millions of square feet of distribution space currently under construction, highlighting Brooklyn’s remarkable recovery from the global pandemic, returning to pre-pandemic levels, and then some, bucking the national trends. As we’ve learned from our years of doing business in this market, Brooklyn is always a good bet.

Dan Marks is a partner at TerraCRG, a Brooklyn-based commercial real estate brokerage.