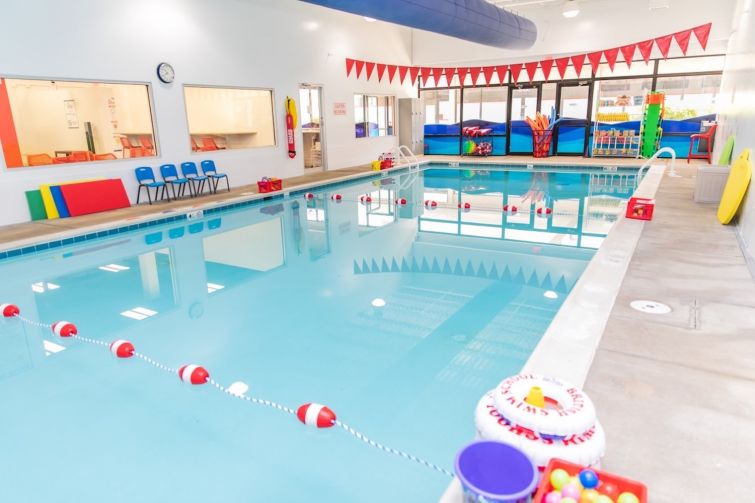 The 110,000-square-foot Montgomery County property is owned by Combined Properties.

“It was located in a densely populated area with many families who need British Swim School services,” Kristin Rebeck, vice president of advisory services for Edge, told Commercial Observer. “In addition, we felt the plaza had enough traffic to pull in new clients and service existing clients that were traveling far distances to other British Swim School locations. Based on the location and profile of the center it was a win-win for British Swim School and the landlord.”

Approximately 320,000 people in 120,000 households reside within a five-mile radius of the center, with an average household income approaching $150,000, according to Edge data.

The space was previously occupied by another swim school, so it presented a low cost for British Swim School to take over.

“Having an existing pool with fully operating equipment is rare to find,” Rebeck said. “However, in the past two British Swim School locations, we have been fortunate enough to have been able to find these existing pools. As you can imagine the cost to not only construct a pool but to have the pool equipment available in ample time for opening can be tough considering the delays and rising costs.”

Andrew McIntyre and Akiel Pyant of Combined Properties represented the landlord in the deal.