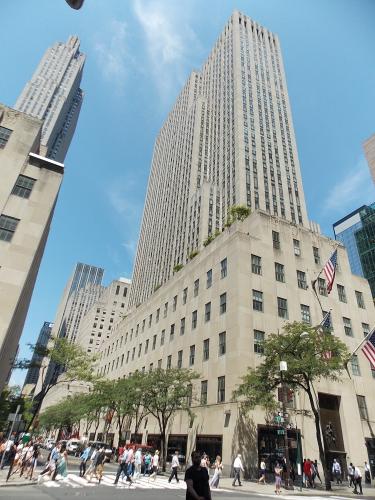 1270 Avenue of the Americas. Photo: PropertyShark

The law firm inked a five-year deal to move from about 3,000 square feet on the 17th floor of Tishman Speyer’s 1270 Avenue of the Americas to larger, pre-built offices on the same floor, according to Cresa Global, whose Gregg Cohen and Nicholas Markel represented the tenant. Cresa declined to comment on the asking rents in the 31-story tower between West 50th and West 51st streets.

Arendt, which practices business, tax and corporate law, plans to move into its new space in the fall, according to Cresa. The deal, which closed last month, keeps the firm above Radio City Music Hall. The building is also home to law firm Chapman and Cutler, office provider NYC Office Suites and the ground-floor perfume and soap retailer The Body Shop.

“The location for this business-focused law firm is ideal for its various practices,” Markel said in a statement. “In addition to enabling them to acquire an extra 1,000 square feet of space at the building, the relocation will be seamless.”

Tishman Speyer handled the deal in-house. The firm did not immediately respond to a request for comment.