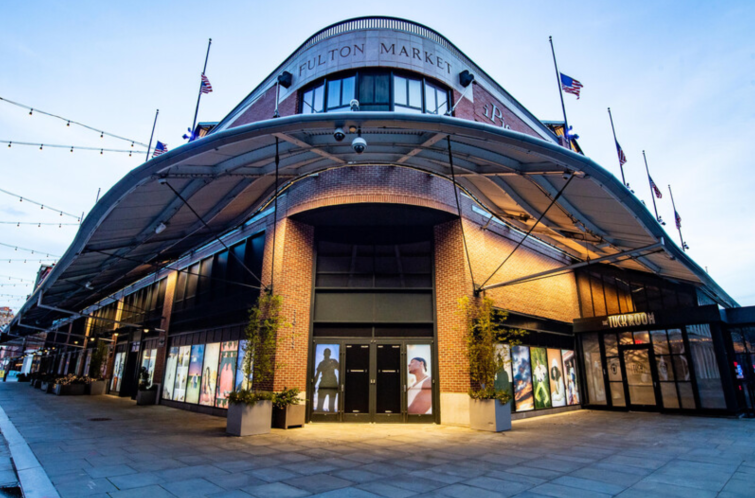 Ultra-high-end fashion brand Alexander Wang will move its global headquarters to 46,000 square feet in the Fulton Market Building in Lower Manhattan next year.

The brand inked a 15-year deal to move its headquarters and showroom from 45,000 square feet at 386 Broadway to the entire top floor of 11 Fulton Street, according to landlord the Howard Hughes Corporation. The transaction brings the property to 100 percent leased in a win for Howard Hughes, which has spent nearly $1 billion to transform its 400,000 square feet in the area into a destination for locals and tourists.

Representatives for the landlord did not immediately provide the asking rents in the deal.

The move quashes rumors that Wang, who launched his eponymous label in 2005, would move his headquarters to 75,000 square feet at 115 Broadway. Wang’s new Fulton Street space, near the site of his splashy 2013 Shibuya-inspired pop-up show at Pier 17, will allow the brand to consolidate its offices across a single, column-free floor.

“This new headquarters retains the architectural integrity of the neighborhood by creating a building within a building, with a private entrance with dedicated elevators, and grand escalators, befitting a property that will house more than just a showroom and office space but the global headquarters for a major fashion house—an iconic building for an iconic brand,” BLACKre’s Sean Black, who represented Wang in the deal, said in a statement.

The 1983 building has been used as a temporary event space and holds an iPic Theaters multiplex. It neighbors the New Market building, where Howard Hughes had originally planned to build a condo tower before it scuttled the project after neighborhood complaints over the proposed building’s height.

CBRE’s Mary Ann Tighe, Gerry Miovski, Brett Shannon, Zac Price and Masha Dudelzak handled the lease for the landlord. A representative for CBRE did not immediately respond to a request for comment.