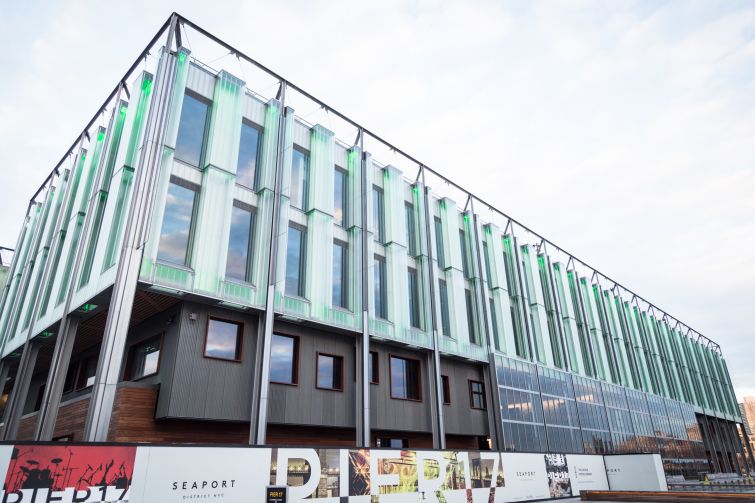 Long gone are the days when South Street Seaport was a maritime hub, a center of world trade, the home to the Fulton Fish Market (which moved to Hunts Point in the Bronx in 2005) and a souvenir mecca.

The Lower Manhattan area, comprised of about a dozen blocks south of the Brooklyn Bridge bound by the East River, has iterated many times. But Howard Hughes Corporation, which controls all or part of eight centralized Seaport properties totaling in excess of 400,000 square feet, hopes to steward the area into a dynamic mixed-use community that appeals to locals as well as tourists. To that end, the company is spending $785 million gross (including $54 million in Superstorm Sandy financial assistance) on dining, fashion, entertainment and culture in what it is calling the “Seaport District.”

Here are five of the most exciting things that have come, or are in the works, in the Seaport.

“South Street Seaport was a lot of snow globes and ‘I Love New York’ T-shirts,” said Saul Scherl, the president of New York for Howard Hughes. “It was a real tourist destination.” Howard Hughes wants to transform it so it also appeals to the locals. New shops include Dita eyewear, which opened this past Saturday, by Chloe, coming this summer, Big Gay Ice Cream, opening May 1, Fellow Barber opening in the fall and McNally Jackson Books bowing in late 2018, Scherl said. In addition, Milan-based 10 Corso Como will open its only North American location there in the summer.

The Cipriani family, the owners of the famed eponymous restaurant, will be opening its first East Coast hotel in the Seaport. Called Mr. C Seaport, the 66-room hotel is slated to open this summer at 33 Peck Slip, the former site of a Best Western hotel. The Cipriani family will operate the luxury hotel when it opens this summer. “We had been offered a few locations over time in Manhattan for our first East Coast Mr. C hotel, but when we looked at the Seaport we understood it was the right one,” Ignazio Cipriani, the fourth-generation son of the Cipriani family, said in a statement provided to CO. “The combination of a charming unique area that with its cobblestone street reminded us of a village in Europe, the proximity to the waterfront that for a Venetian family is always appealing, the historic architecture with its brick structure and the exciting things in the plan for the area made it our confident choice.” Howard Hughes is a limited partner in the hotel, which is owned by the development firm behind the Mr. C Beverly Hills.

3. …and did we mention Jean-Georges?

Actually, more than one concept from Jean-Georges Vongerichten.

One is a 10,000-square-foot seafood restaurant opening in the fall on the ground floor of Pier 17 and the other is a 53,000-square-foot Vongerichten-operated food hall in the former Tin Building. Howard Hughes is dismantling the historic building, and plans to save historic pieces and incorporate them into the restored structure. Plus there will be eateries from other notable chefs like David Chang and Andrew Carmellini. “It’s exciting to be part of the revitalization of such a historical area of New York,” Carmellini said in a statement. “Joining this evolving food community is going to be exhilarating.”

The first iPic Theaters location in Manhattan opened in the revamped Fulton Market Building in October 2016. The highlight is the movie experience if you buy the premium-plus seats (for a cool $34). You get a blanket, a pillow and waiter service (which, of course, costs extra). If you don’t want to eat at the theater (and brave chowing in the dark), there’s a third-floor restaurant and bar called The Tuck Room, which has a clubby kind of vibe. (Note: the only bathrooms are on the third floor so hit them before seeing your flick.) Hamid Hashemi, the CEO and founder of iPic Entertainment, said in a statement to CO that his company has “witnessed the revitalization and engagement [of the district] first hand.”

There will be cool rooftop dining and an event venue with views overlooking the East River and the Brooklyn Bridge (including the spot in Annie Hall where Alvy and Annie kiss with the Brooklyn Bridge in the background). Atop Pier 17 there is 1.5 acres, which will become “a community amenity,” Scherl said. There will be a 3,000-square-foot restaurant, two rooftop patios and programming when the space opens in the summer. When it’s not rented, the roof will be open to the public. (Of the space, 10,000 square feet has to always remain open to the public.)