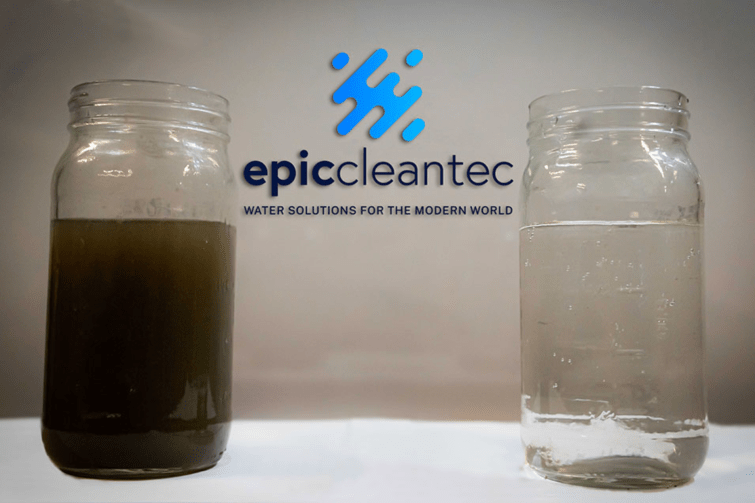 Climate-induced droughts are increasingly impacting communities worldwide, including in the Western and Southwestern U.S., as 2021 saw droughts cost the country hundreds of lives and $8.9 billion in damages, according to a recent National Oceanic and Atmospheric Administration (NOAA) report.

Now proptech is seeking to address this challenge at the individual office building and residential community level.

While wastewater recycling has long been attempted on a large scale at the end of the use process, few attempts have been made to conserve the world’s most precious commodity closer to the source of utilization.

One proptech company that is attempting to tackle this massive problem is Epic Cleantec. It says its technology safely treats and reuses up to 95 percent of a building’s water for nonpotable purposes such as laundry, irrigation and cooling, according to Aaron Tartakovsky, co-founder and CEO.

“We are deploying onsite wastewater treatment and reuse systems into the built environment,” said Tartakovsky. “We take a large residential building or an office building [that] typically would be sending all their wastewater from toilets and showers into sewers and we are instead capturing that water right on site, helping to recycle it back into the building for nonpotable applications like flushing toilets, irrigation, cooling towers or laundry.”

That means significant reductions in demand for potable water from local supplies, according to Tartakovsky.

“In the face of drought, the way to think about what we’re doing is improving water security of not only these buildings but for cities, essentially helping to drought-proof our water supply,” he said. “Because this is not going to be the last drought, nor is it going to be the shortest one. We’re going to see more and more of these types of events. So we need to be taking measures that allow us to no longer have to be reliant on whether or not it rains to have water supply for our communities.”

The company’s technology can treat gray and black water, as well as deal with stormwater, rainwater or foundation drainage, Tartakovsky said.

“The core element of the technology is called a membrane bioreactor, which is essentially a fancy way of saying physical filtration paired with biological treatment,” he explained. “Between those two you get very clean water. Then we are able to disinfect it further using things like UV, light chlorine and, in some cases, we can even add on reverse osmosis.”

The result is an end product that looks — and smells — the same as before. Though, as Tartakovsky points out, there’s not really a way to tell how it tastes, as his company’s not allowed to let people drink it. “However,” he added, “we are planning on serving recycled wastewater beer, which is all going to be sourced from water from one of our actual live building installations.”

Born out of work with the Bill and Melinda Gates Foundation’s Reinvent the Toilet Challenge, the San Francisco-based Epic Cleantec was founded in 2015 as an onsite water reuse company.

Epic Cleantec’s heavily hardware-centric product focuses mainly on new residential communities and office construction, as the cost of installation can range from “low hundreds of thousands up to the low millions, depending on the project,” said Tartakovsky. “Our goal is to return a seven-year ROI to our customers, meaning after seven years or sooner.”

Office buildings, campuses and data centers are all candidates for Epic Cleantec’s services, Tartakovsky said. “We can reuse up to 95 percent of an office building’s water by using on-site reuse. Data centers use about the same water as a 50,000-person city for cooling. There’s a huge amount of applications for what we’re doing.”

While Epic Cleantec is doing most of its work in California, the Western U.S. in general and even Hawaii, Tartakovsky expects to expand soon into Texas and the East.

“Hawaii is actually a very exciting market for us right now,” Tartakovsky said. “It does rain a lot. But Hawaii definitely has some challenges when it comes to water and wastewater infrastructure. We’ve seen pretty terrible degradation of, for example, the coral reefs, largely because a lot of wastewater has gone untreated and discharged into the oceans. Hawaii also has about 90,000 cesspools right now, which is an environmental and frankly public health challenge.”