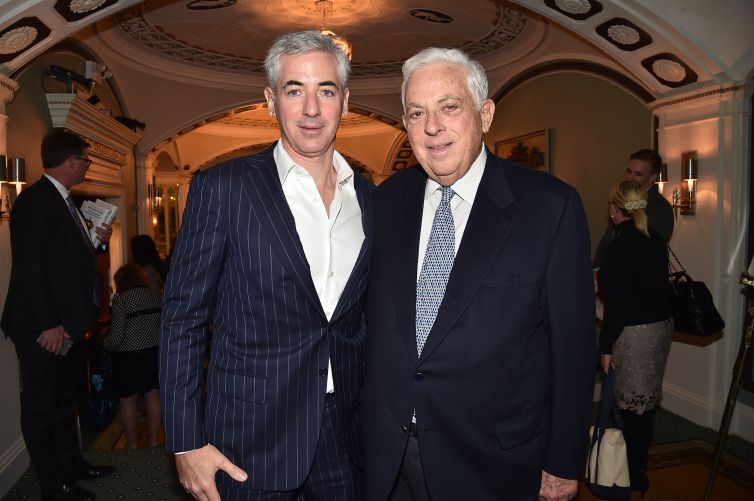 Real estate entrepreneur Larry Ackman passed away at 83 on Tuesday, leaving a legacy of success and friendship cultivated across decades.

Ackman was the son of Herman Ackman, who alongside his brother Bert founded the Ackman Brothers in 1926, prompting transgenerational momentum for the family in New York City real estate. Ackman is the father of billionaire Bill Ackman.

Larry Ackman joined his father’s firm in the 1960s, achieving the rank of president in 1968 and CEO in 1977. He rose above the challenges of an unstable economy in the 1980s by creating various financial vehicles to match the market, making the firm a go-to for clients hoping to avoid risk.

Simon Ziff joined Ackman Brothers and Singer (as it was then known) as an analyst in 1989, and by 1995 was appointed president of Ackman-Ziff Real Estate Group. Ziff remembered the close ties he maintained with the real estate titan for 33 years as “easily one of my most cherished accomplishments.”

“Larry had a unique combination of skills; high intelligence, persistence, creativity combined with an extremely rare (in our business) eye on doing the right thing,” Ziff told Commercial Observer in an email. “Larry’s place in any room was significant. Physically and mentally large, and of course topped off with his bright white hair creating an even stronger presence.”

Ziff recalls negotiations with Ackman being not only a pursuit for success at the end of the day, but also a quest for perfection along the way, often editing how information would be presented to interested parties 10 to 20 times. Ackman did not overlook any detail on a property.

“Of course I’ll never forget working on deals with Larry. I don’t think he could ever fail on a deal,” Ziff added. “It started with taking on the right deals, being intelligent enough to understand everything about the property and the capital markets and knowing the deal was doable from the start. … Lastly, he had an answer for every possible objection from capital sources in advance, and his answer was often meaningfully more thoughtful than the objection. Did I mention he didn’t take no for an answer? That helped too.”

Ackman’s son Bill, 56, is an investor and hedge fund manager who is CEO of Pershing Square Capital Management, which he founded in 2004.

The younger Ackman could not be reached for comment.

Seychl, or “smarts,” have run in the family since Larry Ackman’s grandfather, Abraham Ackman, fled Russia in 1887 at the age of 18, riding a horse to Austria and learning different skills such as sewing to get by on his way to the United States, according to The Forward.

Larry Ackman, who sat on the advisory board of the Pershing Square Foundation, held an M.B.A. in finance from Harvard Business School and a bachelor’s degree in economics from Brown University.