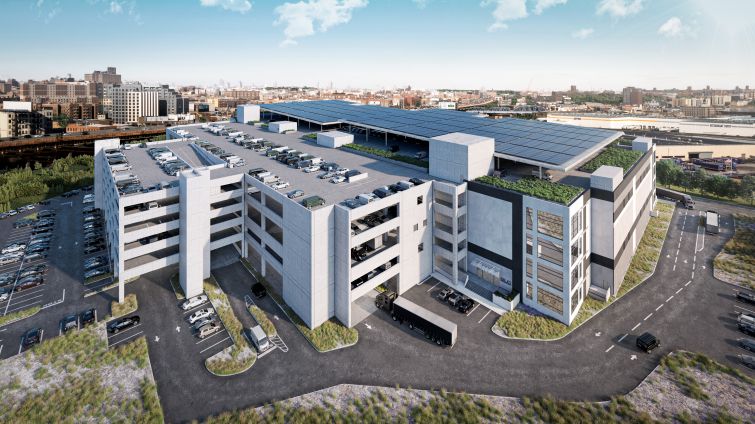 The logistics project at 980 East 149th Street in Hunts Point will include a two-story warehouse and a five-story parking garage. Photo: Turnbridge Equities 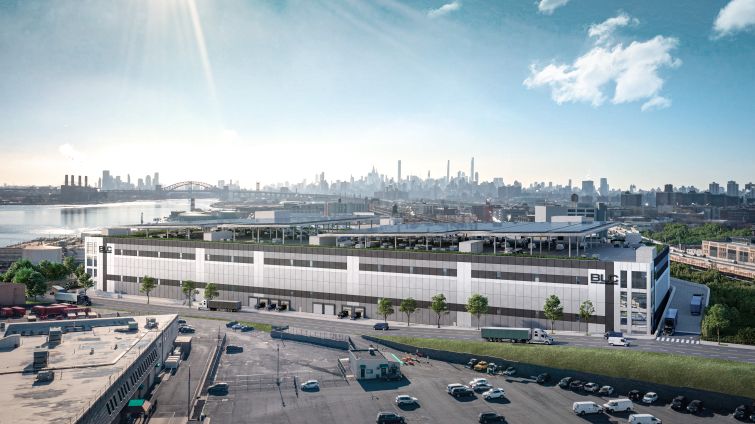 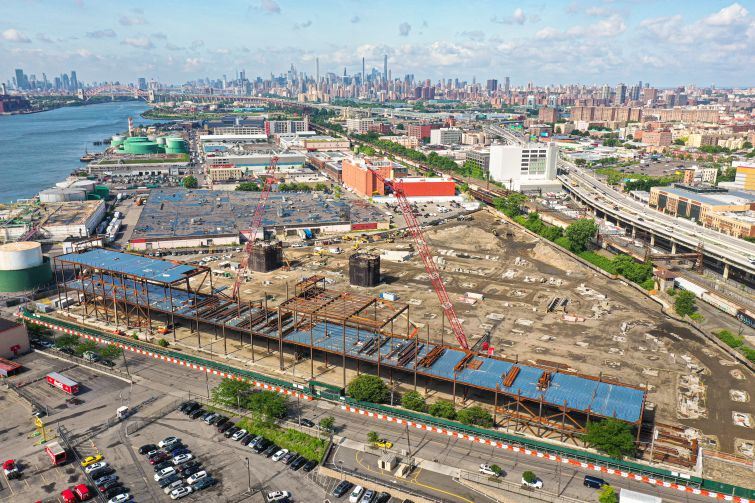 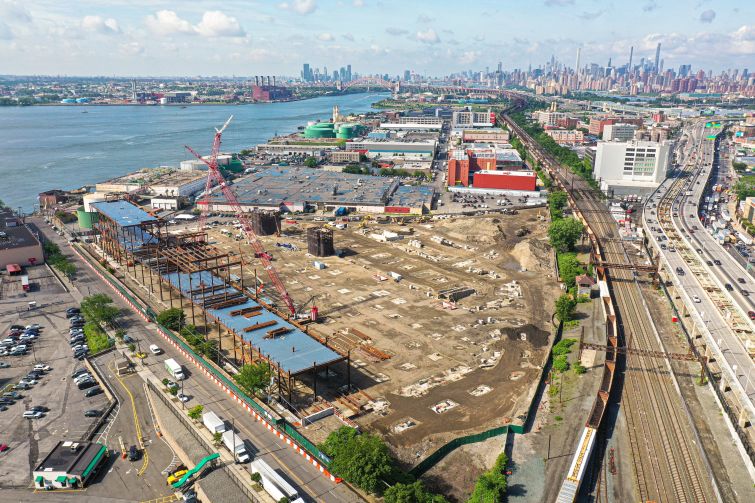 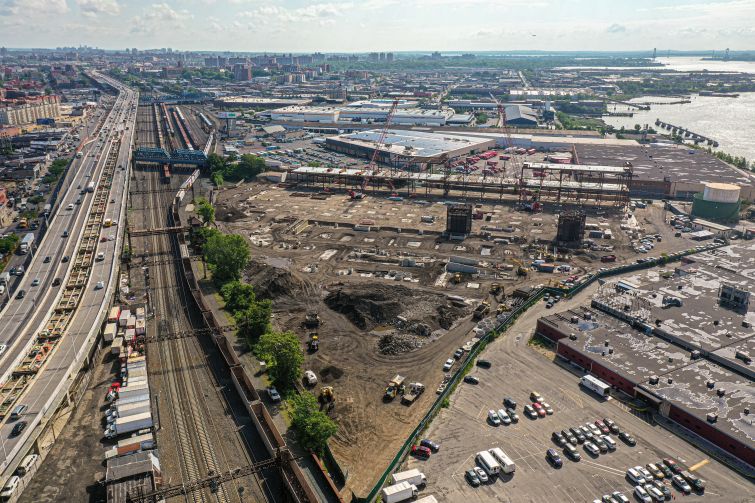 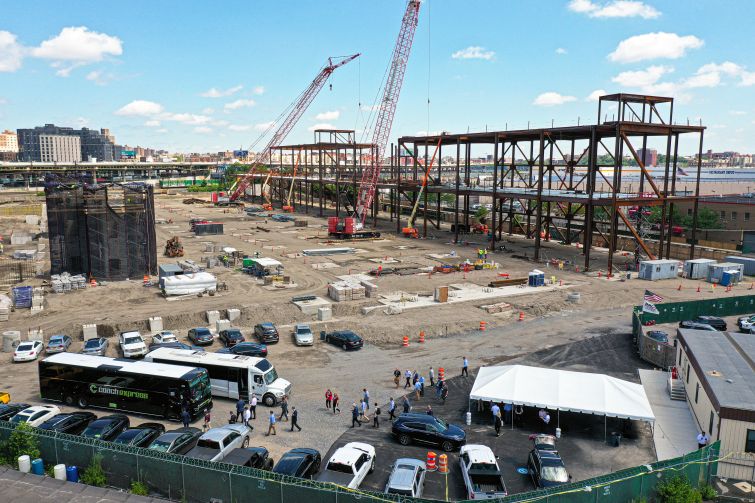 Turnbridge Equities is building one of New York City’s largest industrial projects — a 1.3 million-square-foot logistics center in the South Bronx — and construction on the Hunts Point development recently went vertical.

The property at 980 East 149th Street will include two long floors of warehouse space — roughly 585,000 square feet — along with an attached five-story garage for truck fleet parking. Parking will also be available on the roof and in an adjacent surface lot, for a total of up to 1,500 spots. The building will include planted green roofs and rooftop solar panels, and 25 percent of its parking spots will have electric vehicle charging stations.

Construction started last fall and is set to finish in the spring of 2023. Turbridge acquired five industrial parcels to assemble the site starting in 2018 for a total of $174 million, and landed $381 million in construction financing from KKR last fall, The Real Deal reported.

“We’ve designed it to be the leading Class A multistory warehouse in the region,” said Ryan Nelson of Turnbridge, which is developing the project with Dune Real Estate Partners. “I think it’s the largest industrial project under construction in New York City right now.”

The project is being built on spec and does not have an anchor tenant. Nelson said it could house one or multiple tenants, and his team plans to white box the building rather than construct it for a specific occupier. The property could work well for two tenants because it sits on a steep slope and has two main truck entrances — one at the top of the hill and another at the bottom.

JLL’s Leslie Lanne, who is marketing the building, said it could work for any kind of logistics or distribution tenant.

“It could be last-mile,” she said. “The tenants that make the most sense are involved in city logistics, whether that’s food and beverage, e-commerce, auto, construction, or the city itself; or it could be more of a retail component, like store fulfillment.”

The 14-acre site sits between Bruckner Boulevard, the freight tracks and a grocery distribution warehouse along the East River. Lanne noted that the fact that it can be connected to a rail line is a unique selling point for an industrial property in the five boroughs.

But the development’s biggest advantage is that it’s brand new, rather than 60 to 100 years old. Midcentury warehouses often have low ceiling heights of 15 to 16 feet and poor column placement that make it difficult to maneuver large trucks.

“It’s night and day compared to what the current stock offers,” said Nelson. And the city’s industrial market is extremely hot, he added, with “industrial vacancy in the city at less than 2 percent.”.