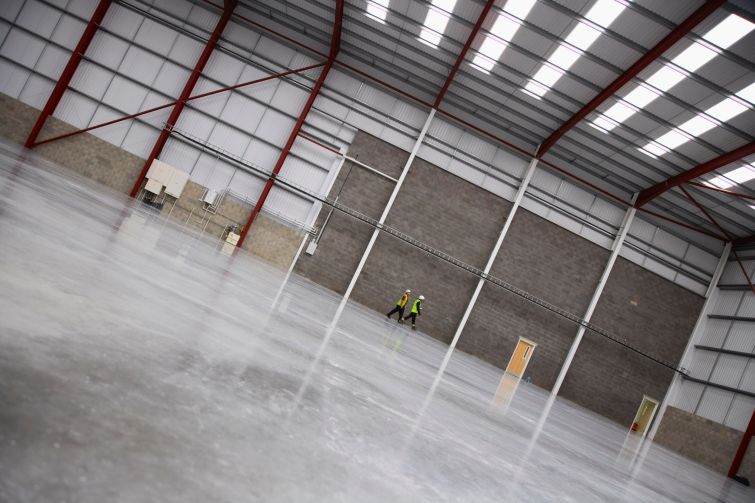 The co-CEOs of Rexford said Southern California is “the nation's most desirable industrial market with occupancy levels at essentially full capacity and an incurable supply-demand imbalance." Getty Images

Rexford Industrial Realty might close $1 billion in warehouse acquisitions in 2022 before getting to the halfway point of the year.

The Los Angeles-based real estate investment trust announced it added another six industrial properties to its massive footprint for a combined $218.4 million. The properties are in L.A.’s South Bay and the San Fernando Valley, as well as in Orange County.

That brings the firm’s total year-to-date investment to $993 million.

Howard Schwimmer and Michael Frankel, the co-CEOs of Rexford, said Southern California is “the nation’s most desirable industrial market with occupancy levels at essentially full capacity and an incurable supply-demand imbalance.”

“Tenant demand for Rexford Industrial’s high-quality, irreplaceable portfolio continues at historically high levels as demonstrated by the nearly 1 million square feet of leases executed during April and May,” Schwimmer and Frankel said in a statement. “Our investments year-to-date … plus our pipeline of over $700 million of additional investments under contract or accepted offer, are expected to generate substantially above-market returns on investment and drive favorable cash flow growth as we execute our value-creation strategies.”

The most expensive of the six most recent acquisitions was the 121,066-square-foot building on 7.7 acres at 14527 and 14434 San Pedro Street in the South Bay submarket, which Rexford acquired for $49.1 million, or $146 per land square foot. Property records show it was owned by City of Refuge Ministry. When the current lease expires, Rexford plans to reposition the site into a logistics and industrial outdoor storage facility. According to CBRE, the vacancy rate in the 219 million-square-foot South Bay submarket was 0.6 percent at the end of the first quarter.

In the Orange County city of Tustin, Rexford acquired a 96,534-square-foot, three-tenant building on 6 acres at 15771 Red Hill Avenue for $46 million, or $177 per land square foot. It was sold by GEM Realty Capital, property records show. The new owner plans to redevelop the site when the existing long-term leases expire.

Rexford paid $45 million, or $256 per square foot, for the 175,897-square-foot Class A building on 9 acres at 29125 Avenue Paine in Valencia near Santa Clarita. It was owned by The Krausz Companies. It’s leased to one tenant at rent that Rexford estimates to be approximately 30 percent below current market rates. The new owner plans to renew the existing tenant or re-lease at market rates upon lease expiration.

In Torrance in L.A.’s South Bay, Rexford acquired a 74,038-square-foot, Class A, four-tenant building situated on 3.6 acres at 20900 Normandie Avenue for $39.9 million, or $540 per square foot. Property records show it was owned by Marcus Adams Properties. It’s adjacent to another Rexford-owned asset, and is leased at rents estimated to be approximately 40 percent below current market rates. Rexford plans to grow cash flow through lease renewal or signing new tenants at market rates.

Rexford also acquired a 50,000-square-foot, fully leased, four-tenant property with a last-mile distribution center and creative industrial space at 2400 Marine Avenue in Redondo Beach for $30 million, or $600 per square foot.

Finally, Rexford acquired an 18,147-square-foot building at 14350 Arminta Street in Panorama City in the San Fernando Valley for $8.4 million, or $463 per square foot. It’s on 1 acre adjacent to three other Rexford properties. It’s leased to one tenant at rates estimated to be approximately 30 percent below current market rental rates. Rexford plans to renew the existing tenant or re-lease at market rates after repositioning the space. According to CBRE, the vacancy rate in the 181 million-square-foot San Fernando Valley submarket was 0.5 percent at the end of the first quarter.