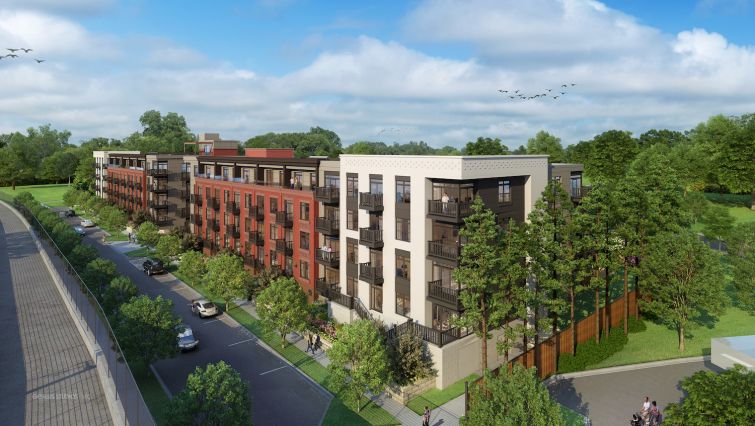 After a brief post-demolition pause to secure building permits, construction of the $50 million Crescent @ Chevy Chase, a 111-unit multifamily in Chevy Chase, Md., is underway.

Located at 3929 Landmark Court, the site, formerly Newdale Mews Apartments, was acquired by members of the Bindeman family in 1976. Rob Bindeman, president of Landmark Realty, is now the principal developer.

“The garden apartments, built in the mid-1950s, had outlived their useful life,” Bindeman told Commercial Observer. “A well-timed sector plan revision for the area enabled us to lobby for new zoning and building entitlements through Montgomery County. The project was approved in December 2018. Demolition of Newdale took place in early 2022, and excavation is currently underway.”

The redevelopment’s zoning was tied to the construction of Metro’s Purple Line, which will connect Bethesda to College Park. A new Purple Line station is adjacent to the Crescent site.

“Every apartment has something unique to offer,” Bindeman said. “First-floor walk-up entrances from the street in the front, semi-private backyards on the first floor in the back, balconies throughout, and great views of Columbia Country Club’s golf course.”

Amenities will include keyless unit entry, a club room, a pet spa, conference rooms and a roof deck. Crescent will also provide bicycles for use on the nearby Crescent Trail, and an elevated rear patio for resident gatherings.

Jeff Parana of Potomac Development Group serves as project development manager. Jon Eisen is the architect on the project, Jennifer Ferris of Bandura Design is designing the interiors, and Jay Eichberg of Eichberg Construction is serving as general contractor. Eagle Bank provided the financing, though no loan terms were disclosed.

Crescent @ Chevy Chase is expected to open in late 2023.