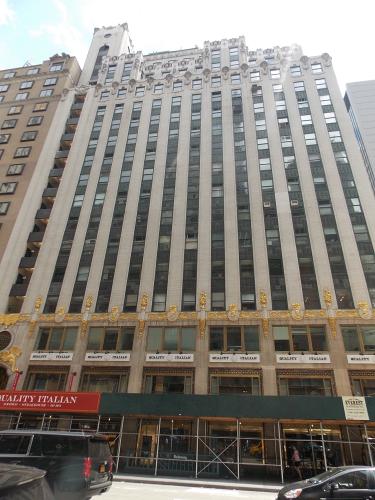 Italian eatery Mangia is not going far in its relocation to 57 West 57th Street, just across the street from where it launched in 1981, landlord Williams Equities announced Monday.

Mangia will expand its operations from 50 West 57th Street to a 9,500-square-foot space closer to Avenue of the Americas where owner and founder Sasha Muniak plans to set up a barista station, Italian bakery and brick pizza oven in the ground floor and basement of the building, the New York Post reported. The asking rent was $200 per square foot on the ground floor, but the landlord did not disclose the length of the lease.

The Midtown establishment is one of four Mangia locations across the city serving farm-to-table cuisine.

”Relocating our flagship store across the street to a larger facility at this landmark corner of 57 West 57th will enable us to serve our patrons better,” Muniak said in a statement.

Zach Nathan, David Green and Brad Mendelson of Colliers represented the ownership in the transaction. Adam Henick and Jennifer Bernstein of Current Real Estate Advisors handled negotiations for Mangia. Colliers did not immediately respond to a request for comment.

“The corner of 57th and Sixth Avenue is an ideal location for Mangia to continue to grow their footprint in New York City,” Bernstein said in a statement. “As the city regains momentum with people returning to their offices, Midtown has quickly become a bustling and sought-after location for big-name brands like Mangia.”

Mangia plans to open the new restaurant within the second quarter of 2023, according to Williams Equities.