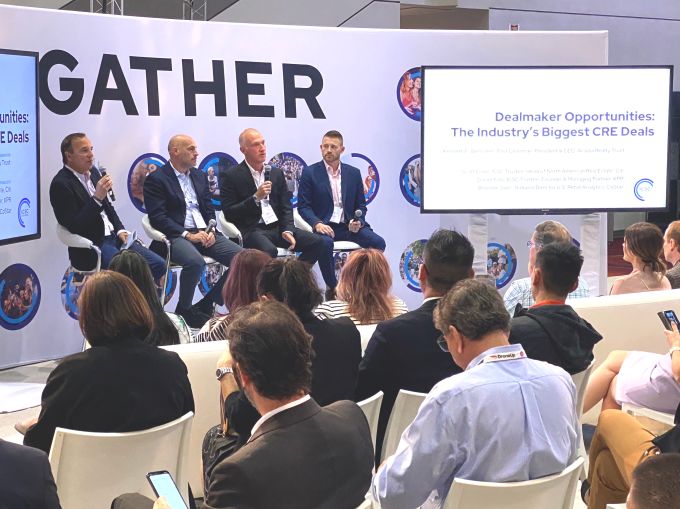 Eisen said the markets are dealing in an environment that they haven’t seen in a long time in terms of the 10-year treasury.

“We started the year with the 10-year in the 1.7 percent range,” he said. “Today, we have a 10-year that’s floating around 2.18 to 3 percent. So by definition, we’ve had a base rate that’s gone up 100 basis points in the last 60 or so days. That has obviously whiplashed the market. I don’t think the market was ready for the 10-year to react so violently and to react so quickly.”

Svec called it the “great re-rating of debt.”

“We are looking at a very high-growth environment for retail,” he said. “We’ve tracked the highest rate asking rent growth over the last year that we’ve seen in over a decade. We’re seeing double-digit NOI growth in some really fast-growing Southeastern and Southwestern markets, and that’s going to help offset cap rate expansion.”

Katz said rental growth comes largely from a lack of construction over the last 10 years.

“We’ve really had the opportunity to start pushing rents based on the fact that there’s a big appetite for a lot of retailers to grow,” he said. “Obviously, the cost of capital has been really cheap the last bunch of years. But, also, if you have good retail, and thankfully we own a lot of grocery-anchored shopping centers where people want to be on a weekly and daily basis, we’ve been able to push the rents incrementally across the portfolio.”

“The average shopping center REIT is down somewhere between 2 and 10 percent this year,” he said. “And I know that sounds like a lot, but if you look at other real estate subsectors like multifamily, single-family home rentals, self-storage and some other very, very hot subsectors that were the belles of the ball for a very long time, they’re down 15 to 20 percent year to date. So on a relative basis, shopping centers in particular have not been hit as hard in the public markets.”

Svec said he hasn’t yet seen a big geographic shift in the must-have markets in the U.S.

“Investors tend to still primarily target the liquid gateway markets and the fast-growing Sun Belt markets,” he said. “Looking forward, in an inflationary environment, in a world where cap rates are expanding, we do expect investors to prioritize and move more toward growth, and bid up, and be more aggressive in those markets.”

“The assets we own in Florida, a month ago we spoke to our leasing team and said we’re going to start by raising asking rents 15 to 20 percent and see how it goes,” he said. “You can’t get away with that in the Midwest.”

Bernstein pointed out that while the panel focused on the significant fluctuation in interest rates and borrowing costs, and potential shifts in cap rates, the last time they were together for ICSC in Las Vegas, “there was an existential threat of bricks-and-mortar retail going away.”

“Now, that has been figured out,” he said. “The future is omnichannel.”