Gas and Food Prices Push Inflation to 8.6 Percent in May, Highest Level Since 1981 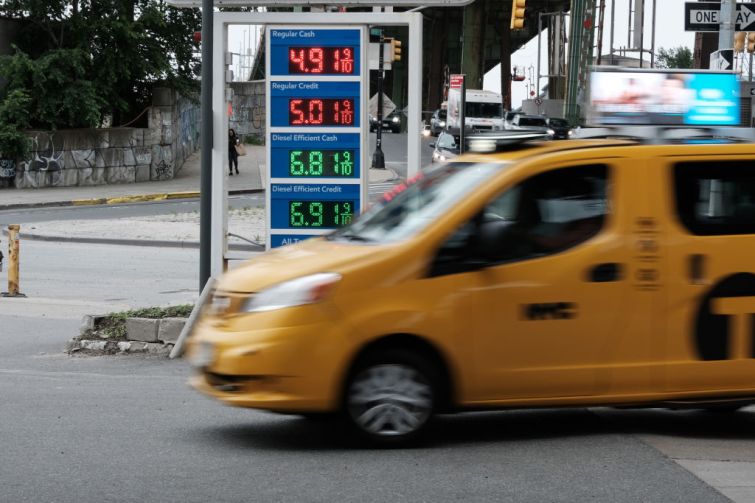 The 12-month inflation rate reached 8.6 percent in May — up from 5 percent in May 2021, the largest year-to-year increase seen since 1981 — thanks to higher costs for gasoline, food and housing, according to a U.S. Bureau of Labor Statistics report released on Friday.

The Consumer Price Index, which tracks the cost of everyday goods and services in the United States, climbed by 1 percent from April to May, far outpacing the 0.3 percent increase from March to April. Even excluding food and energy prices, which tend to be more volatile, inflation still reached 6 percent year-over-year, according to the report.

Higher gas, food and housing costs have put pressure on consumers to cut discretionary spending and on the Federal Reserve to raise interest rates, prompting fears that higher borrowing costs could push the economy into a recession. At the same time, the increasing cost of living has resulted in lower earnings for workers by about 3 percent in the past year when inflation is taken into account, according to MarketWatch.

Shelter costs — which measures how much renters and homeowners spend on housing — saw the fastest single-month gain since 2004, at 0.6 percent in May, according to the report. New York City renters have felt the brunt of costly housing; the median rent in Manhattan rose to a record $4,000 in May while the median rent in Brooklyn rocketed to $3,250, up 18 percent from a year ago, according to a report from the real estate firm Douglas Elliman.

Gasoline prices hit new heights in May, rising 4.1 percent since April and 48.7 percent compared to a year ago, according to the report. The cost of energy overall was up too, with energy prices rising 3.9 percent from a month ago and 34.6 percent over the past year. Food costs climbed another 1.2 percent last month, with some of the biggest increases coming from more expensive dairy products, according to the report.

Airline fare prices rose 12.6 percent in May — a slowdown compared to an increase of 18.6 percent in April. Other costs, like used cars and trucks, medical care and home furnishings, increased as well, according to the report.

The higher costs for goods and services dented hopes that inflation peaked last month at 8.3 percent for the year through April, and stocks dropped Friday morning after the report was released. Both the Federal Reserve’s decision to raise interest rates and inflation have shaken the commercial real estate industry as well, as lenders confront the rising cost of capital and labor.