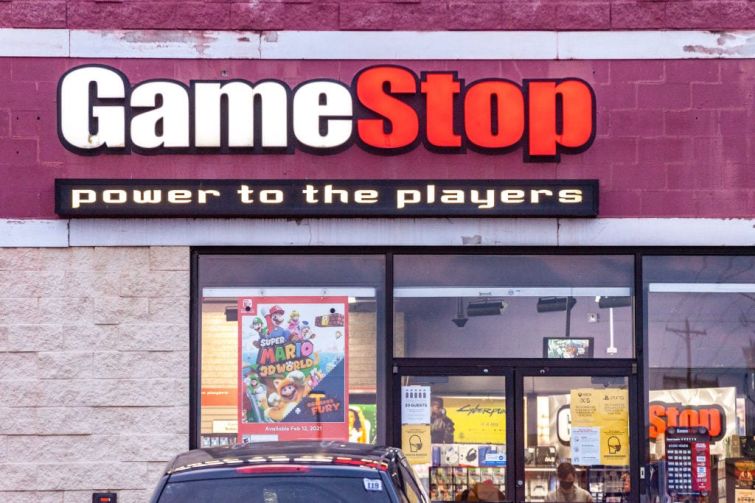 After seeing a meme stock price surge in early 2021, GameStop’s brick-and-mortar retail business has continued to decline, with customer visits down from pre-pandemic levels, according to new data from Placer.ai.

The retail analytics firm — which collects foot traffic information using anonymized mobile phone location data  — found that overall visits to GameStop stores were down consistently in late 2021 and in early 2022. Foot traffic to the video game retailer was down 15.4 percent annually in December 2021, while the number of customer visits per location was down 8 percent compared to a year prior. Those trends have largely persisted through the spring, with overall March visitor numbers down 13.5 percent year-over-year and visits per store down 7.7 percent compared to March of 2021.

However, customers began to come in more during April and May, when overall visitor numbers were down 5 to 6 percent yearly.

Placer.ai’s Shira Petrack argues that GameStop is nevertheless on a positive upswing, coming off the early 2021 meme stock craze and its plans to launch an NFT marketplace in July. GameStop has also been reducing its real estate costs by closing stores over the past few years, shuttering 693 locations worldwide in 2020, according to its annual report for that year.

Petrack also compared GameStop to another publicly traded retailer in the entertainment space: Dave & Buster’s. While D&B struggled to attract customers during the height of the pandemic, Americans have clamored for spaces to socialize after COVID vaccinations became widely available. Consequently, Dave & Buster’s has seen huge year-over-year increases in customer visits — jumps of 109 percent in October of 2021, 166 percent in November, and 215 percent in December. Visits shrunk slightly during the omicron wave, but they were still up 87 percent year over year in January, 91 percent in February, and 47 and 43 percent, respectively, in March and April.

“More and more retailers are experimenting with experiential concepts, and consumers seem to be responding,” Petrack writes. “As brands emphasize experiential marketing, they may well be driving up consumer demand for experiences for the sake of experiences. And companies like Dave & Buster’s — whose primary offer is experiential — stand to benefit.”

Still visits to Dave & Busters were lower in the last few weeks, although hovering around 25 to 30 percent higher than a year ago. Americans have reined in their leisure spending in the last month or two, as consumers grapple with rising inflation and more expensive household goods, food and gas.