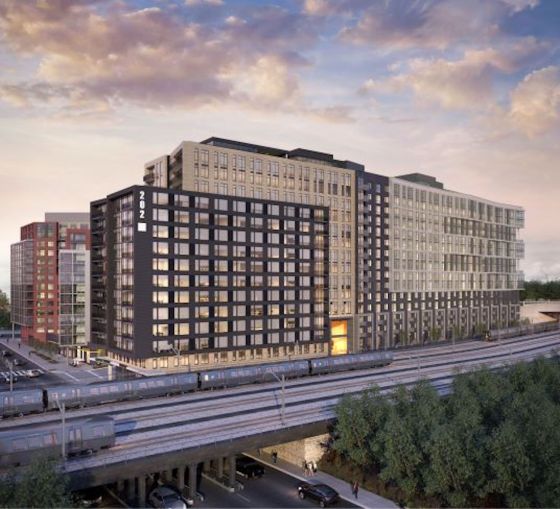 A joint venture between MRP Realty and Barings has received a $69.4 million loan for the third mixed-use building that will comprise the final phase of Washington Gateway in Washington, D.C.

Located at 202 Florida Avenue in the NoMa neighborhood, the 16-story building will be called “The 202.” It will include 252 apartments and 3,800 square feet of retail.

The first Washington Gateway building was completed in 2014, and the neighborhood has changed since they started the project, Matthew Robinson, principal at MRP, told Commercial Observer.

“The appeal is just a 100-times multiple of what we saw for this submarket of D.C. well over a decade ago,” Robinson said. “The properties straddle a strong commuter corridor on the edge of the city and leading to Baltimore. It is also surrounded by high-occupancy office space, both private companies and federal offices.”

The 202 will offer a mix of studio, one- and two-bedroom units, with amenities such as a rooftop club room, pet facilities, a fitness center, shared workspaces and a direct connection to the Metropolitan Bike Trail.

There remains strong demand for housing across the District, according to Robinson.

“D.C. has also remained consistently a desirable destination city for both young people new to the workforce, as well as empty nesters — as both cohorts enjoy the walkable, urban lifestyle,” he said.

With that in mind, the company supported an active bike path at Washington Gateway, which when combined with the burgeoning nearby Union Market creates a walkable area for both residents and local office workers.

Bozzuto Management will oversee the leasing and management of the building. Construction will begin in August.