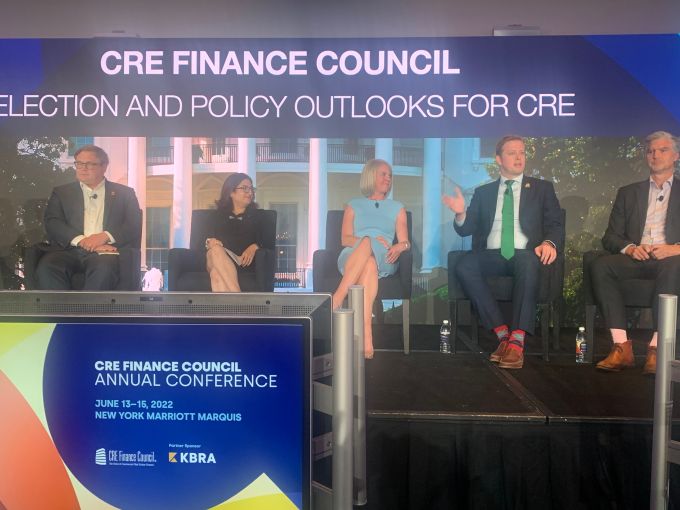 A divided government in Washington next year after the midterm elections could weigh heavily on future oversight proposals in congress that impact commercial real estate.

With Republicans expected to regain control of the House of Representatives and also positioned to possibly retake the U.S. Senate, added scrutiny will exist for proposed regulatory changes affecting real estate such as new revisions to the Community Reinvestment Act (CRA). A change at the house level would also change the trajectory of environmental, social and corporate governance (ESG) requirements the CRE industry has been bracing for amid increased investor focus.

“From a practical investment perspective [divided government] doesn’t have a whole lot of things you can really sink your teeth into, but one of them is going to be oversight — and oversight is important, and it matters for us from a rulemaking perspective,” Isaac Boltansky, director of policy research at BTIG, said Tuesday at the CRE Finance Council’s (CREFC) annual June New York City conference during a panel titled “Election and Policy Outlooks for CRE”

The entire panel predicted that Republicans will win the necessary five House seats to regain control of the chamber the party lost in the 2018 midterms, and likely will end up with a comfortable majority due to economic issues like high gas prices.

Panelists were split on whether the GOP would seize control of the Senate, which is now split 50-50 with Vice President Kamala Harris breaking the tie. The expected overturning of Roe v. Wade and support for gun safety measures after a rash of mass shootings could help Democrats in closely contested Senate races in Pennsylvania and Nevada, according to the panelists.