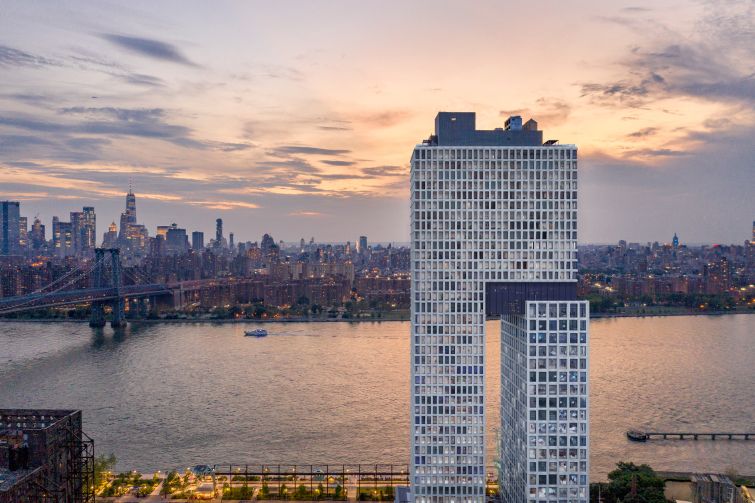 Blank Street decided to stop and smell the coffee in Brooklyn.

The java provider inked a lease to move its New York headquarters to 16,175 square feet at Two Trees Management’s 10 Grand Street in Williamsburg, Brooklyn, Commercial Observer has learned. The landlord declined to provide the asking rents for the seven-year deal, though asking rents have previously ranged from $60 to $85 per square foot at the building.

Blank Street, which raised $25 million from investors a year after it was founded in 2020, will relocate from its roughly 4,000-square-foot offices in Williamsburg this summer, said Compass’ Noah Jay, who represented the tenant in the deal with Michael Yadgard. Blank Street did not immediately respond to a request for comment on the firm’s previous address, and Jay could not provide the location.

“Blank Street is a Brooklyn-founded and -based company, and they really wanted to be in Brooklyn,” Jay said. “There are only a few developments in Brooklyn that are truly Class A, with 10 Grand being one of them.”

The coffee purveyor plans to move into its new offices in August or September. The company credits the 24-story tower’s location in Williamsburg and its waterfront views of Manhattan with the deal’s success, said Alyssa Zahler, Two Trees’ director of leasing, who represented the landlord in the deal.

“[Tenants want] space that is not good, that is not great — it has to be exceptional,” Zahler said. “The ability to bike or walk to work I think really attracts the demographics that make up these kinds of companies.”

The COOKFOX-designed building between River Street and Kent Avenue is also home to the London-based concert ticket app DICE and the financial technology firm Chronograph, and is connected to the 45-story, 330-unit residential rental tower at 1 South First Street.