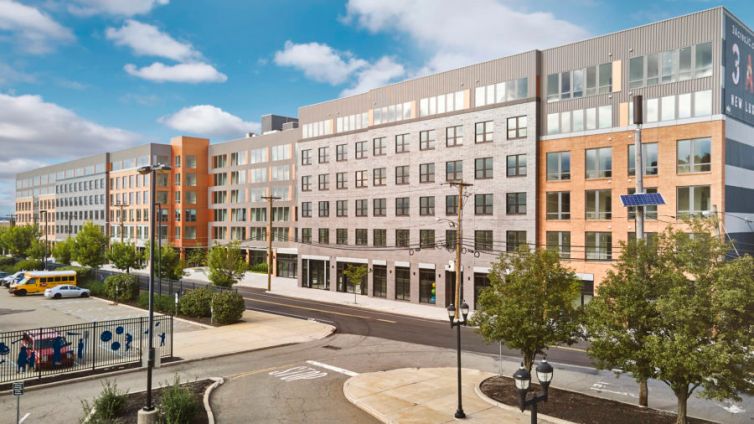 A rendering of the development at 400 Claremont Avenue. Photo: Progress Capital

The new debt refinances funds from Emanuel Stern’s Tall Pines Capital, which provided the original $84 million construction loan on the project. Apollo’s loan comes with a 10-year, fixed interest rate of 3.89 percent, which Progress Capital’s Kathy Anderson locked in during March, before the 10-year Treasury rate rose in early May, she told Commercial Observer.

Apollo’s new debt includes a large cash-out component of about $75 million for Johnson’s project at 400 Claremont Avenue. The 629-unit property snagged its temporary certificates of occupancy in December of last year, leasing nearly 600 units since, according to Anderson, who brokered the loan for Johnson alongside Progress’ Caillin Boles.

“We made a big bet on the west side, believing that the positive transformation that has taken place here in recent years paved the way for a top-of-market rental building with an extraordinary amount of indoor and outdoor amenities and high-level services,” Johnson said in a statement.

The property itself was formerly the U.S. division of a United Kingdom-based chemical company, which sold the lot to Johnson for $17 million in 2018. Since then, Johnson has redeveloped the three acres of land into a resort-style residential complex with 77,000 square feet of amenity space, including a conference room and a golf simulation room. Johnson also changed his construction plans in 2020 to make the building safer given the coronavirus pandemic.

“When COVID hit in 2020 during construction, the building underwent numerous design changes when social distancing became a household word,” Anderson said in an email. “For example, the main entrance was redesigned to replace revolving doors with automatic sliding doors timed to open without the need to touch a thing. Additional elevator banks were installed to minimize crowding.”

The financing, which closed on May 19, will allow Johnson to repay construction debt on the building, designed by the architecture firm Marchetto Higgins Stieve and which first broke ground in 2019.

The Marketing Directors, a marketing and brokerage firm based in New York City, is handling the property’s leasing. Apollo’s Ben Gray and Melanie Zaraska handled the deal for the private equity firm. Apollo did not immediately respond to a request for comment.