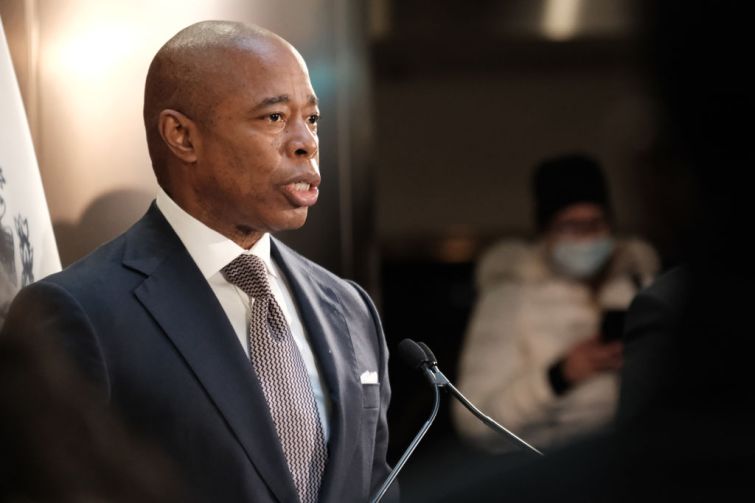 New York Mayor Eric Adams is joined by Gov. Kathy Hochul as he speaks during a news conference at a Manhattan subway station where the two politicians announced a new plan to fight homelessness in New York on Jan. 06, 2022 in New York City. Among other initiatives, the city will increase the presence of outreach workers and police on subways to get homeless out of the trains and into shelters. According to the Coalition for the Homeless, New York City has reached the highest levels since the Great Depression of the 1930s. Photo: Spencer Platt/Getty Images

New York Mayor Eric Adams has his eye on freeing building owners to convert space and allowing business owners to add functions by relaxing zoning laws that he says prevent sustainability and growth.

Adams’ plan entails allowing businesses to expand operations either in or adjacent to their current footprint without having to adjust their needs to zoning laws, as well as giving property owners the ability to make sustainability upgrades. The mayor announced his plans during a Wednesday morning breakfast event organized by the Association for a Better New York, a nonprofit booster group.

“Imagine a developer who wants to include a public EV-charging station in the base of a building, but is told no by the city because electric vehicles charging is not permitted in some commercial and all residential districts,” Adams said. “Now imagine a building owner who wants to install solar on their rooftop, but because of a web of city regulations is limited to using just 25 percent of the roof area.”

How these zoning changes would be applied, however, has not been released to the public, according to the administration. But the mayor outlined the general concept and the benefits of the proposals in his remarks.

“New rules that promote sustainability will support more than 61,000 energy-efficiency jobs in our city,” the mayor said. “The jobs include installing more efficient appliances, improving lighting, insulation and ventilation, as well as renewable heating and cooling. The technology and the resources are already here. Our job is to speed up installation, make it easier to invest and show the globe what a city of the future looks like. This means changing our zoning rules so that we are not hindering the deployment of solar panels, battery storage and other next generation equipment.”

The announcement comes as the real estate industry braces itself against the requirements of Local Law 97. Enacted in 2019 and set to take effect in 2024, the New York City law will require that buildings spanning 25,000 square feet or more reduce carbon emissions by 40 percent by 2030, and by 80 percent by 2050.

“The Mayor has put forward a proactive framework for achieving several objectives needed for a strong economic recovery, including fostering vibrant commercial corridors, encouraging sustainability and creating more housing,” James Whelan, president of the Real Estate Board of New York, said in a statement.

Adams explained his concept with the example of a hypothetical bakery expanding to include wholesale deliveries. But zoning laws may prevent it from expanding within its current footprint or nearby due to ordinances that forbid manufacturing.

Mitch Korbey, who leads the land-use and zoning group for law firm Herrick Feinstein, believes the proposal has potential to flood the housing market with new units as unused office space can be repurposed into small living spaces.

“We are awaiting details on the administration’s plan to allow for electric vehicle charging – although we anticipate that it will include placing charging stations in the public way and likely franchise agreements with providers,” Korbey said in a statement. “By relaxing code and zoning requirements, we can ‘recycle’ older commercial buildings – allowing for a new life for these older structures while fulfilling a tremendous need of housing for all types.” 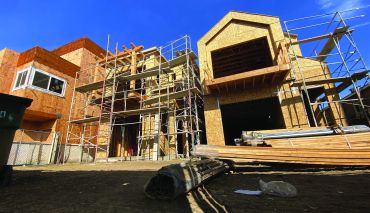