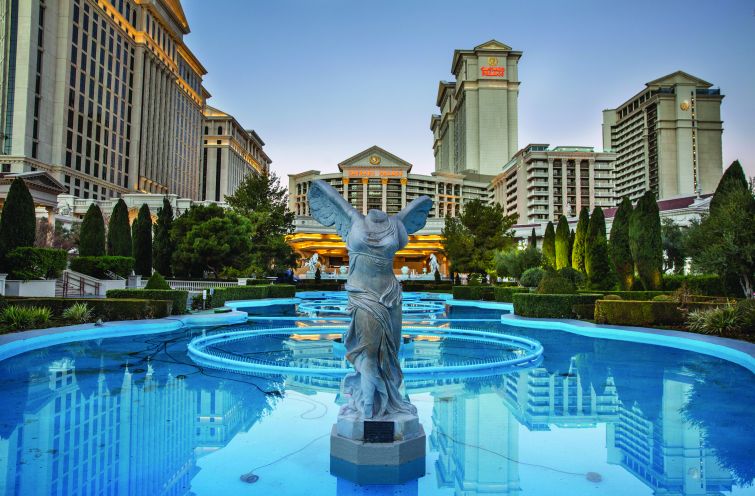 Vici Properties’ acquisition of MGM Growth Properties in May is part of the REIT’s broader strategy of capitalizing on certain trends, such as the retirement of the baby boomers and the legalization of sports betting. Photo: George Rose/Getty Images

The official completion in early May of Vici Properties’ $17.2 billion strategic acquisition of MGM Growth Properties (MGP), which made the experiential real estate investment trust (REIT) the largest casino owner on the Las Vegas Strip, marked the end of a more than four-year process with roots that stretch back to the REIT’s early days.

While preparing for its initial public offering shortly after forming in October 2017, Vici CEO Ed Pitoniak was approached by MGP about the two casino-focused REITs joining forces. He politely declined. The courtship continued, however, starting with an unsolicited takeover bid by MGP of $19.50 a share that was below what Vici was trading at over the counter, and Pitoniak pressed forward with the IPO.

“What intellectually and strategically we never denied is that there was industrial logic in putting the two REITs together,” said Pitoniak, who prior to founding Vici was vice chairman of investment manager Realterm. “Over the ensuing years I would be in touch with the MGM folks to talk about how maybe the day will come where there’s a good opportunity,” he said.

Then last spring, as part of a larger strategic initiative at MGM Resorts, MGM, which controlled MGP, decided to sell MGP and hired JPMorgan to run the process. “They reached out to us and asked would we participate, and over the ensuing couple of months we put together our bid.”

The long-awaited deal adds 15 new entertainment properties to Vici’s real estate portfolio of 43 Class A experiential assets, all of which are under a triple-net lease. Vici’s enterprise value of $44 billion, post-acquisition, firmly solidifies its position as the largest experiential net-lease REIT while also setting it up nicely for crushing its goals of portfolio enhancement and diversification.

After announcing the MGP transaction, Vici spearheaded the largest REIT common-only equity offering ever and repaid all its outstanding secured debt. It also achieved investment-grade ratings from S&P and Fitch, which enabled funding the cash portion of the MGP deal with $5 billion of senior notes.

“The reason I was excited to get involved with Vici five years ago is that coming out of a real estate background I had this conviction that gaming real estate has the potential to be the next great institutionalization story in American commercial real estate,” Pitoniak said. “As we began to tell the world — the equity investment community and the credit investment community — that this is really fundamentally great and undervalued real estate, other people began to pay attention as well.”

One large CRE player that has jumped on the gaming train with Vici is Blackstone. Pitoniak saw signs he was on the right path given that the investment giant doesn’t place bets on any sector it doesn’t deeply research. Blackstone made a splash in gaming real estate in late 2019 with the $4.25 billion acquisition of The Bellagio in Las Vegas as part of a joint venture with MGM Resorts International. It then followed that up with the purchase of CityCenter, which houses Aria Resort Casino, in July 2021.

Blackstone also last fall sold The Cosmopolitan of Las Vegas for $5.65 billion just seven years after acquiring the hospitality property for $1.8 billion, marking the company’s most profitable investment ever for a single asset. The deal was struck on the heels of Vici announcing the acquisition of land under The Venetian casino and hotel for $4 billion, and Apollo Global Management acquiring operations for $2.25 billion as part of a triple-net lease agreement.

Pitoniak said the triple-net lease model provides many advantages for experiential real estate properties since it sets clear expectations and obligations for all parties while also giving investors more transparency. He said the strategy enables it to solely focus on net operating income without the burden of needing to address other issues like capital expenditures and leasing costs.

With the MGP venture now in place, Vici is looking to grow its gaming portfolio, which Pitoniak said has tailwinds at its back thanks largely to the increasing legalization of sports betting that drives huge crowds to casinos. Pitoniak also wants to expand Vici’s nongaming assets under a core belief that there will be strong demand for experiential retail going forward.

“As baby boomers move into semi-retirement, those with the spending power — and there a lot of them — will be spending time and money on leisure experiences like they never had before in their lives,” Pitoniak said. “The other big generational age wave is the millennials, which is just really beginning its family formation phase, so you’re gonna have a lot of young parents with a lot of young kids very much like you had in the ’50s and ’60s, very much like you had in the ’90s, which is going to make it a very valuable period to be in things like indoor waterpark resorts and other family-
focused entertainment.”