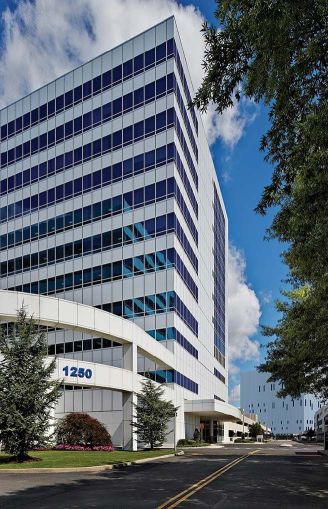 Simone Development Companies has landed $77 million in financing for its Class A office tower at 1250 Waters Place in the Bronx, Commercial Observer has learned.

Also known as Tower One, the 282,590-square-foot building sits within the Hutchinson Metro Center — a 42-acre, 1.4 million-square-foot campus in the Pelham Bay section of the Bronx. It’s currently 99 percent leased to a variety of top-tier tenants including Montefiore Medical Center and the New York Police Department.

A 320,000-square-foot second tower at the site is leased to Montefiore for its new ambulatory care center, with a common lobby connecting the two buildings.

Complex amenities include a conference center, fitness center, MTA bus service and a shuttle to the 6 train. The property is easily accessible via major highways and only 30 minutes from JFK and LaGuardia airports.

Officials at Simone Development and ULLICO couldn’t immediately be reached for comment.