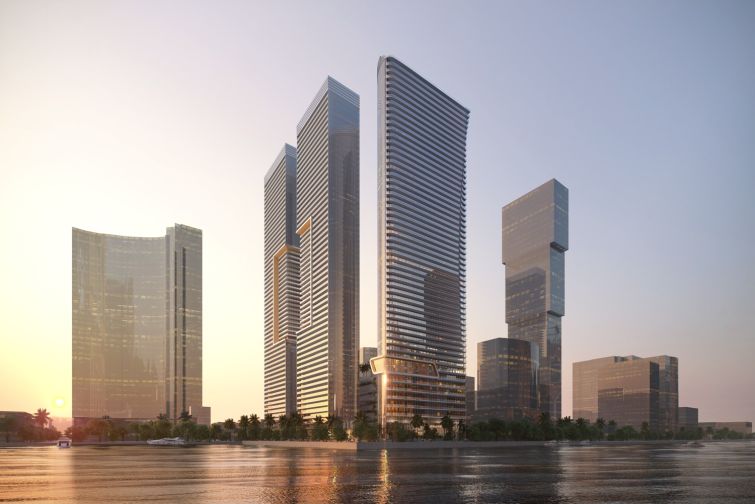 The newly acquired property, Biscayne 21, was built in 1964. The 191-unit condo building sits on 3.5 acres at 2121 N Bayshore Drive facing Biscayne Bay. The neighborhood, located in central Miami, is seeing a rush of luxury development.

Two Roads’ plans are no exception. The Florida-based firm will redevelop the site into an “ultra-luxury branded residential property” designed by Arquitectonica and similar to its other developments in Edgewater, the 52-story Biscayne Beach and the 57-story Elysee Miami. The company did not provide additional details.

To fund the acquisition, Lionheart Strategic Management, the asset management affiliate of Fisher Brothers, provided a $45 million mezzanine loan to Two Roads, which is backed by a $105 million senior mortgage loan from Bank OZK.

The purchase is part of a growing trend in South Florida among developers following the deadly condominium collapse in Surfside nearly a year ago. Instead of paying for costly maintenance, owners of units in aging condominiums are opting to sell to developers, who will tear down the aging structure and build a luxury property.

To meet demand amid Miami’s sizzling residential market, developers are dropping buckets of cash to buy properties along South Florida’s crowded coast. The Related Group and 13th Floor Investments offered $500 million to buy an oceanfront condominium building in Miami Beach two months ago. New York-based Chetrit Group is in the process of buying out another oceanfront property in Hollywood, a town just north of Miami.

“The Biscayne 21 sellers wanted to capitalize on the appreciation of their waterfront land value at a time when developers are maximizing development projects with water views,” said Avison Young’s John Crotty, who represented some unit owners with Michael Fay, David Duckworth and Brian de la Fé.

“By arranging the sale in bulk as a collective group, we were able to negotiate for a multiple of more than three times what the sellers would have sold their individual units for on a one-off basis,” Crotty added.

Two Roads has 176 units under contract, with most closing today, according to attorney Joe Hernandez of Weiss Serota Helfman Cole & Bierman, who represented those owners. A few additional units will close in the coming days.

Two Roads owns enough apartments to terminate the condo association, a procedure that will grant the developer complete control of the property. But Hernandez estimates it could take up to a year before the developer commences the process.

A representative for the developer did not respond to a request for comment.

Update: The story was updated to include Two Roads’ financing.