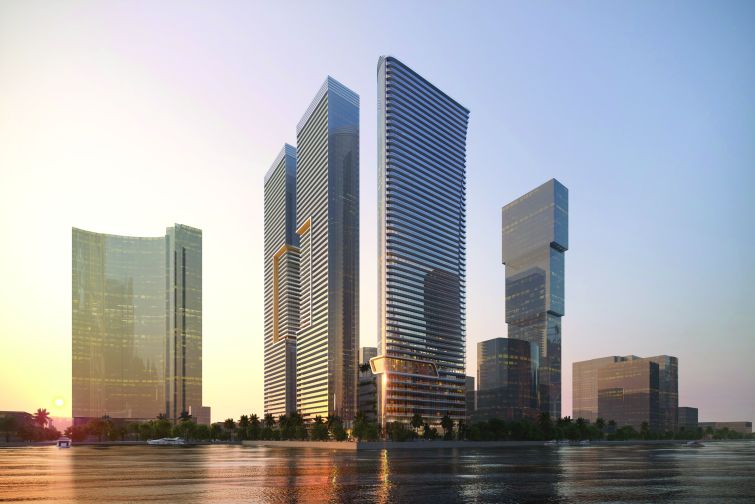 In the years following the Great Recession, Edgewater received little attention from developers despite its central location between the bayfront and the popular Wynwood area, known for its dining, entertainment venues and colorful exteriors serving as a street gallery of artsy graffiti. But the pace of Edgewater’s development picked up dramatically over the last five years, fueled by its location and South Florida’s rising star.

”Adjacency plays a major role in Edgewater,” said Jesse Karasik, chief investment officer of Trilogy Real Estate Group. The Chicago-based firm paid about $22 million in December for several Edgewater properties where it plans to build two high-rise apartment buildings with more than 600 rental units combined. “We’re in Edgewater not because of the snapshot trend of what’s happening there, but because we like it long term.”

Karasik’s not the only one who feels that way. The site’s proximity to sparkling Biscayne Bay and funky Wynwood has encouraged a surge of multifamily property development in Edgewater, where thousands of units in the pipeline portend a high-rise transformation of the mostly low-rise bayfront neighborhood. Long-overlooked Edgewater just north of downtown Miami is finally getting the same type of residential towers that pervade the bayfront Brickell area just south of downtown.

The area’s location also allows easy access to the beach, the airport, major employment centers, shopping at Midtown Miami, and such nearby attractions as the Pérez Art Museum Miami and the Adrienne Arsht Center for the Performing Arts.

Edgewater is a two-sided corridor that extends north of Miami’s central business district along Biscayne Boulevard to Interstate 195. The largely residential east side of Edgewater extends from the boulevard to the bay, and the west side adjacent to Wynwood is a more commercial neighborhood within a federal “opportunity zone.”

Trilogy Real Estate Group, for example, draws capital for real estate projects from internally raised funds, through which the firm shares project ownership with investors. Trilogy already has the capital it needs for construction of its Edgewater apartment projects on two sites along Northeast Second Avenue, a block west of Biscayne Boulevard. “Frankly, this location in Edgewater is viable on its own, and the fact that it’s in an opportunity zone is not of particular importance to us,” Karasik said. “The capital is fully raised for the construction of both towers. So we’re not going to be seeking outside equity.”

The federal law that spawned the opportunity zone program, the Tax Cuts and Jobs Act of 2017, also ended the deductibility of state and local taxes on federal tax returns, which encouraged migration to Florida from New York and other high-tax states before the COVID-19 pandemic accelerated the accumulation of new Floridians.

“You have so many people moving down here. COVID really changed the dynamic for South Florida,” said Michael Szafranski, director of Florida acquisitions at New York-based Kushner Companies. “The market was not prepared for that influx of people and families in the downtown urban areas. Now it’s ramping up because absorption is outpacing anything that can be delivered.”

Kushner Companies plans to build 1,300 apartments on two Edgewater sites the New York-based real estate firm acquired for a total of $56.5 million. The sites, 1900 and 2000 Biscayne Boulevard, are next to a cluster of commercial buildings on the west side of the boulevard, in Edgewater’s opportunity zone.

“It was an amazing development opportunity on its own merits, and it just happens to be in an opportunity zone,” Szafranski added. Kushner Companies had planned rents for its first rental tower at 2000 Biscayne Boulevard from $2.75 to $3 per square foot. “Now we’re looking at rents in the range of $3.75 per foot,” he said, “because rents have gone up so much in the Miami area.”

Launched in December, the first phase of construction on a 36-story, 420-unit rental tower at 2000 Biscayne Boulevard is scheduled to finish in January 2024.

Pricey highrises may seem anomalous next to an opportunity zone, a designation reserved for census tracts with low household income, among other characteristics. But Edgewater’s designation is based on income levels there just prior to the enactment of the 2017 act. “In 2014, ’15 and ’16, there were new buildings coming, but Edgewater was still an emerging market, no different than Wynwood was,” said real estate financier Peter Mekras, president of Miami-based Aztec Group. Parts of Wynwood, historically a low-rise industrial neighborhood, are also designated opportunity zones.

“Edgewater had some neighborhoods that previously were not the safest places, and five years later, it’s a place with a lot of affluency, where tourists are visiting without concern,” Mekras said. “Wynwood has become a very special and desirable area and a tourist location. But six years ago there were a lot of parts of Wynwood that were dangerous — and are no longer dangerous.”

Many developers see a market for further residential development in Edgewater. One of them is veteran Miami developer Dan Kodsi. “This market right now could absorb a lot of rental units,” he said. “That’s why we’ve seen such an increase in rents. We just didn’t have enough supply.” Kodsi developed Paramount Bay, a 346-unit condominium that opened on a bayfront site in Edgewater back in 2009. “We had to sell it during the recession,” he recalled. “It was challenging. But it showed that luxury condos on the water work in Edgewater.”

Less than a block from Paramount Bay, an aging mid-rise bayfront condominium in Edgewater is set to be replaced by a three-tower condo complex. In late April, Miami-based Two Roads Development was planning a bulk purchase of condos at Biscayne 21, an 11-story condominium at 2121 North Bayshore Drive. “We’re anticipating closing on the building within the next 30 days; we have a majority of the building under control,” Taylor Collins, a managing partner of Two Roads Development, said in an April 29 interview.

Collins did not disclose the purchase price or the number of units that his company has under contract at Biscayne 21, but he promised an upscale replacement for the 58-year-old condo. Two Roads plans to raze the 191-unit building and to build 680 to 750 residential units in a three-tower complex that would rise about 60 stories. “It’s going to be a very high-end luxury product,” Collins said, adding that the new buildings may be branded. “We are talking with a brand right now. That is a possibility.”

Most of the owners at Biscayne 21 collectively listed their condos for sale with brokerage firm Avison Young in early 2020. It was initially built in 1964 on a peninsular 3.4-acre site with unobstructed views of Biscayne Bay to the north and south.

The redevelopment of Biscayne 21 would be the third major residential project in Edgewater for Two Roads. The firm developed Elysee Miami, a 57-story, 100-unit condominium that opened in 2020 at 788 Northeast 23rd Street, and Biscayne Beach, a 52-story, 391-unit condo tower completed in 2017 at 2900 Northeast 7th Avenue.

Miami-based Melo Group is working on both sides of Edgewater. On the east side, the firm is conducting pre-construction sales for Aria Reserve Miami, a two-tower, 62-story bayfront condo project with 383 units. In early May, Melo Group had reserved 95 percent of the units in the first phase of the 5-acre bayfront development and 44 percent of the units in the second phase. Prices start at $1.1 million for one-bedroom units.

On the west side of Edgewater, the Melo Group paid $105 million late last year for a 3.4-acre city block, including a two-story commercial building, surface parking lots and a Burger King. Located just south of the sites that Kushner Companies acquired, the property at 1700 Biscayne Boulevard is zoned for a mixed-use development up to 60 stories with about 1,500 residential units, or a 1,000-key hotel, plus retail and office space. Though still deciding what to build there, the Melo Group has ruled out taking advantage of the property’s location in Edgewater’s opportunity zone. “We are not involved in what you can do in an opportunity zone,” said Martin Melo, a principal of the Melo Group. “We don’t use investors from outside. That’s the reason we are not working with opportunity zones.”

Some funds for investors in opportunity zones had considered buying 1700 Biscayne Boulevard, said Michael Fay, the Miami-based principal and managing director of Avison Young. “We had a lot of inquiries from OZ funds on this,” he said. “They could not believe that 1700 was in an opportunity zone,” given its location across the street from expensive bayfront condos,

Fay said OZ funds tend to spread their risks across multiple markets, instead of betting big on one project, and none of the OZ funds that inquired could allocate enough capital to cover the cost of fully developing 1700 Biscayne Boulevard, starting with the nine-figure cost to acquire the site.

Federal lawmakers are re-evaluating all OZ designations for possible termination, based on updated census data, so the opportunity zone blanketing the west side of Edgewater might be history someday, according to Jorge Gomez-Moller, chief legal officer and general counsel of Coral Gables-based Driftwood Capital, which runs an OZ fund.

“They are currently re-evaluating the designated opportunity zones and proposing sunsetting opportunity zones where the area income is 130 percent of national mean income,” Gomez-Moller said. “A lot has changed in the last five, six, seven years, and some of the data used to draw the [opportunity zone] maps is probably a little bit stale already.”

But for many investors, the outcome won’t make a difference. “We’ve been at it for a long time in the Edgewater market. I like to say we’re an overnight success 10 years in the making,” said Two Road’s Collins. “It’s the best neighborhood in the downtown Miami market.”