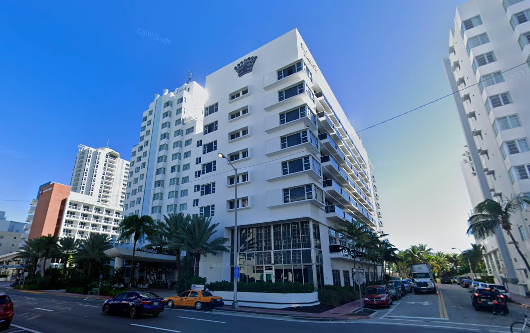 Sunstone Hotel Investors has acquired the Confidante Miami Beach from an affiliate of Hyatt Hotels Corp. for a total of $232 million, the buyer announced.

The real estate investment trust will pay about $684,000 per key for the 339-room property at the Art Deco tower at 4041 Collins Avenue. The firm plans to launch a $60 million repositioning and rebrand the 17-story hotel as Andaz Miami Beach, in the expectation of seeing an 8 to 9 percent net operating income yield on the total investment.

The move marks Sunstone’s shift into the South Florida market, and away from Chicago, where the REIT sold three hotels since the beginning of the year for a total of just under $200 million. In February, Sunstone sold its leasehold interest in a 419-room Hyatt hotel for $67.5 million, according to S&P Global, and in March it sold two River North hotels operated by Hilton for $130 million, according to Crain’s.

“The acquisition of The Confidante Miami Beach allows us to recycle capital from our recent sales of three Chicago hotels into this higher growth and better [net asset value] enhancing investment,” Bryan Giglia, CEO of Sunstone, said in a statement.

Once the repositioning is complete, the firm forecasts making as much as $900,000 per room on an annual basis, as similar assets in Miami Beach are known to generate about $1 million per room, according to Sunstone.

It won’t be the first time the 1940s Art Deco hotel has changed hands and been renamed.

Formerly known as the Thompson Miami Beach, the hotel was purchased by Hyatt in 2016. Originally, it was the Lord Tarleton Hotel on Collins Avenue and reopened as the Crown Hotel in 1955 before it was converted to apartments, according to Hyatt. In 2012, Geolo Capital purchased the building for $85 million and converted it back into Thompson Miami Beach in 2014, according to the South Florida Business Journal.

Hyatt did not immediately respond to a request for comment.