Nonprofit The Door Leases 18K SF in the Bronx 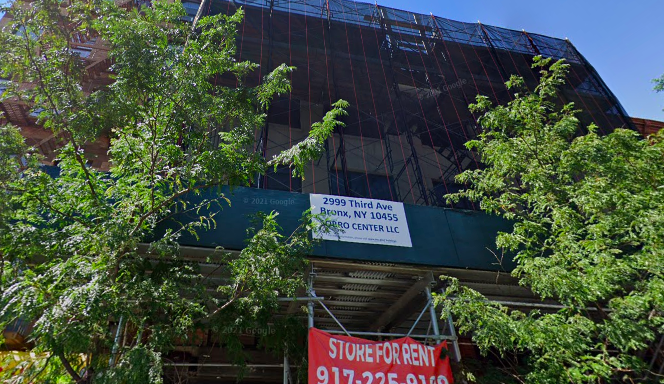 The Door will consolidate its two existing Bronx locations into one at 2999 Third Avenue. Photo: Google Street View

The Door, a nonprofit organization that provides youth development services, has leased 18,000 square feet at 2999 Third Avenue in the Bronx.

The organization signed a 10-year lease to consolidate two of its locations at 2918 Third Avenue and 424 East 147th Street in the new space where it will occupy three floors within the four-story building, according to Bisnow, which first reported on the lease deal.

The landlord, Chestnut Holdings, recently gutted the second through fourth floors to meet The Door’s needs, according to OPEN Impact Real Estate, which brokered the deal for the tenant. A spokesperson for OPEN declined to provide the asking rent.

“Consolidating our Bronx offices will help us to improve efficiencies and enable us to better reach the area’s youth with the critical services The Door provides,” Kelsey Louie, CEO of The Door, said in a statement. “The new location will feature a design that is similar to our main Manhattan location, which creates an environment that best supports our work.”

Lindsay Ornstein and Stephen Powers of OPEN represented The Door in the transaction alongside Arthur Skelskie, Alexander Smith and Ginny Durfee of Transwestern Real Estate Services. Chestnut Holdings was represented in-house and did not immediately respond to a request for comment.

“The Door is making positive, lifelong changes in the lives of the youth it serves,” Skelskie said in a statement. “The Door’s drive to make a difference in the community was reflected in the fact that, like many of the nonprofit organizations we work with, they maintained a forward-looking mentality during the pandemic. Rather than hunker down and sign a one-year lease, their executive committee kept to their long-term vision for the organization.”