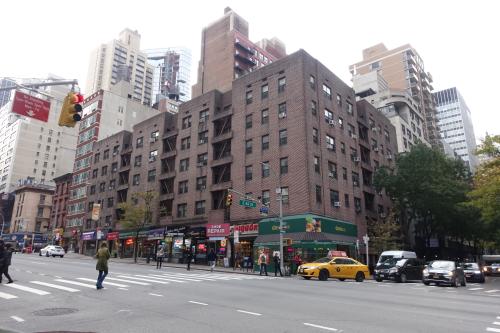 Two down and two to go for a nonprofit selling off its East Side portfolio.

Nonprofit JT Tai & Company Foundation sold 959-961 Second Avenue and 246 East 46th Street to Oak B. Management — run by private investor Ron Samson, who filed the deeds under his own name and Plus 1 LLC — for $41.5 million, according to JLL and property records.

JT Tai began seeking an investor to take four properties, including the two Midtown East buildings along with 17 East 70th Street and 18 East 67th Street on the Upper East Side, off its hands for $77 million in October 2021 with JLL marketing the portfolio, as Commercial Observer previously reported.

“With nearly 7 million square feet of new commercial office space expected to come online over the next 20 years, East Midtown is primed for a remarkable revival, and these assets sit at the heart of it all,” JLL’s Clint Olsen, who represented the sellers alongside Bob Knakal, Jonathan Hageman, Eddie Shuai, Stephen Godnick and Jacob Russell, said in a statement. “The buyer intends to renovate and reposition the properties with a focus on retail lease-up, positioning the investor to capitalize on the record-breaking apartment rental market and the assets’ proximity to prominent attractions as tourism stages its comeback.”

Sitting on the corner of Second Avenue and East 51st Street, 959-961 Second Avenue is a four-story residential building with 10 apartments and two commercial units, according to JLL. Five blocks south,  246 East 46th Street is a six-story elevator building with 81 apartments — 56 studios, five one-bedrooms, 19 two-bedrooms, and a single duplex — and 12 commercial spaces.

The Second Avenue building has 32,336 square feet of development potential, according to Knakal.

The other two buildings JT Tai were looking at may not be so easy to reposition because 17 East 70th was designated a landmark in 1982, as it was the former mansion of industrialist Henry Clay Frick that was built in 1909, and 18 East 67th sits in the Upper East Side Historic District established in 1982 because of its ties to the estate of philanthropist James Lenox.

While JLL states that 17 East 70th is still available, it did not mention whether 18 East 67th, purchased by JT Tai in 2006, had a buyer and no updates have been made with the Office of the City Register.