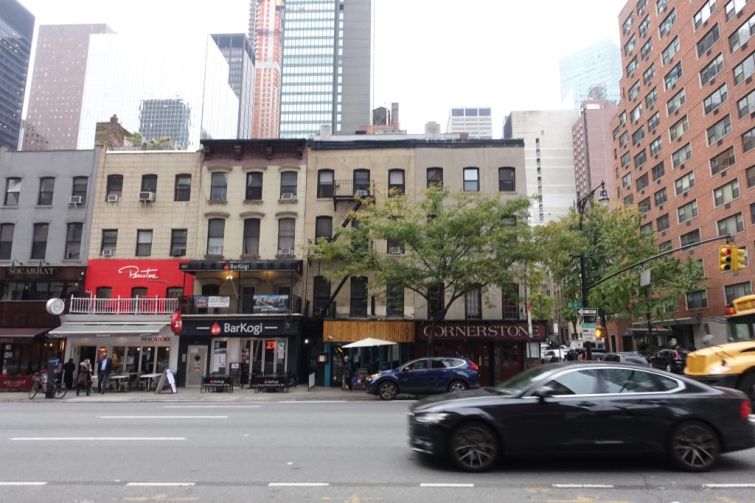 Nonprofit JT Tai & Company Foundation is seeking to offload a portfolio of four Midtown East and Upper East Side residential mixed-use properties for a combined $77 million, Commercial Observer has learned.

Robert Knakal, Clint Olsen, Jonathan Hageman, Eddie Shuai, Stephen Godnick and Jacob Russell make up the JLL team that has been tapped to market the sale of the properties.

JT Tai has set the price tag for the Second Avenue and the East 46th Street properties at a combined $50 million. The property at 959-961 Second Avenue is a four-story residential asset with 10 units and two commercial units, situated at the corner of Second Avenue and East 51st Street. The six-story elevator building at 246 East 46th Street comprises 81 apartments — with a mix of 56 studios, five one-bedrooms and 19 two-bedrooms and a single duplex residence — and 12 commercial spaces.

According to JLL, the property at 246 East 46th Street is primed for renovation work and value-added upgrades, including to the hallways and common areas and the building’s lobby. The firm also said that “higher rents can be achieved through the reconfiguration” of units with the largest dimensions.

“The portfolio offers investors a true value-add opportunity of scale in Midtown East, as well as two multi-unit townhouses on two of New York City’s most prestigious blocks,” Olsen said. “We are excited to see how the market receives such a unique mix of properties.”

The Upper East Side assets include the five-story, 13-unit townhouse at 17 East 70th Street, as well as the four-story, eight-unit townhouse property at 18 East 67th Street, both of which are about a half a block away from Central Park. The former has 11 residential units — five are market rate, three are rent stabilized and three are rent controlled, according to JLL — and two office spaces, and the latter has five market-rate residential units and two rent-stabilized units, as well as a single office space. JT Tai is said to be seeking $13.5 million for each of the two townhouses.

JT Tai & Company Foundation could not be reached for comment.