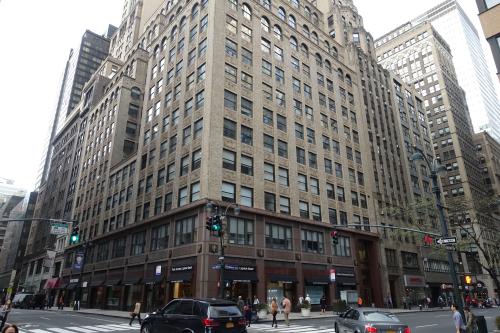 The New York Public Library (NYPL) will be leasing three floors of office space in Midtown after signing a 33-year lease at 270 Madison Avenue.

NYPL will occupy the 11th through 13th floors of the 19-story building, covering a total of 41,000 square feet, according to landlord ABS Partners Real Estate, which committed to creating a leasehold condominium structure to allow the organization to apply for a real estate tax exemption. ABS did not immediately provide the asking rent.

The commercial landlord plans to extend that model to other 501(c)(3) nonprofits seeking long-term leases in the building three blocks south of Grand Central Terminal. Current real estate tax exemptions take about $10.15 per square foot from the cost of renting for nonprofits, according to ABS Partners.

“We expect other not-for-profit organizations will pursue the opportunity for significant tax benefits on large blocks of space ideally situated near major transportation hubs,” ABS’ James Caseley, who brokered the deal in-house along with Robert Finkelstein, said in a statement. “The vision for the property is to become Midtown’s nonprofit center, we have set the stage for that to become a reality.”

Ira Schuman and Stephan Steiner of Savills represented NYPL in the deal. Savills did not immediately respond to a request for comment.

Correction: an earlier version of this story stated that NYPL would be relocating the Stavros Niarchos Foundation Library to this location. This lease, however, will not effect the location of their current branches and is for office space only.