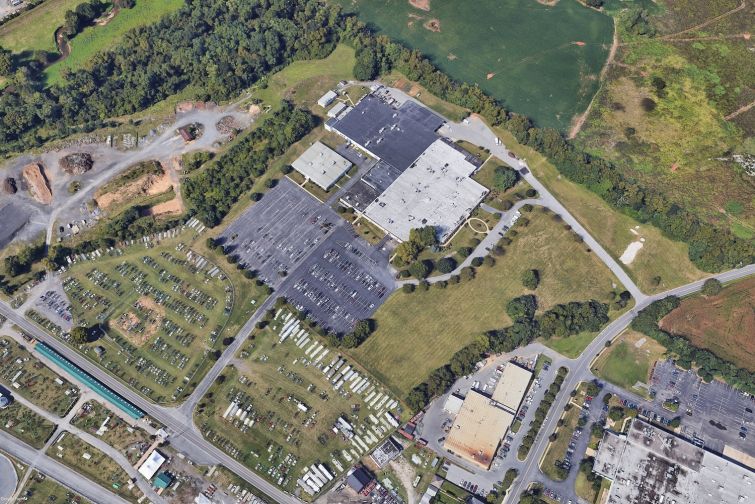 May Riegler Properties has acquired a 28-acre site in Frederick, Md., with plans to develop two logistics buildings on spec.

Together the two buildings will comprise approximately 450,000 square feet.

The site, sold by Envision, is located at 550 Highland Street and is close to Interstate 70, Interstate 270 and U.S. Route 15. May Riegler will demolish an existing 200,000-square-foot building on the site and break ground on the two new buildings in late 2023, with delivery planned for the following year.

The new development will be known as Highland Logistics Center.

“Large light industrial sites in and around Frederick are scarce, as they are in and around the greater Washington, D.C., and Baltimore MSAs,” Eric May, co-founder and principal of May Riegler Properties, told Commercial Observer. “When we first toured the site, we saw tremendously well located land with an aging, functionally obsolete building with significant near-term vacancy coming. Redevelopment of the site makes perfect sense.”

After all, May Riegler focuses on development opportunities where a property can be changed or updated, to better position it for its highest and best use. The existing building at 550 Highland is older, has significant wear and tear, and has high vacancy.

“By replacing an older building with two new, Class A modern logistics warehouses, we are maximizing the utility of the site and meeting the strong and growing demand by local, regional and national warehouse users to service the Frederick and greater Washington/Baltimore area,” May said. “We are excited to work with the City of Frederick and other stakeholders to redevelop 550 Highland into a thriving business center, creating job opportunities and economic development for the city.”

The Frederick light industrial market has a 1.3 percent vacancy rate with less than 900,000 square feet of new development in the pipeline, much of which is either spoken for or geared toward pharmaceutical or bioscience use, according to May.

“Given the significant growth that has occurred in and around Frederick over the last five to 10 years, Frederick on its own requires more modern warehouse/logistics space to satisfy the growing demands of its population,” he said. “We’re also seeing companies that are looking for space in Northern Virginia, Prince George’s County and the Baltimore/Washington corridor start to focus on Frederick because of its strategic location, strong labor force, and a lower occupancy cost than the other, more traditional warehouse locations.”

Chris Kubler and Don Schline of NAI KLNB represented the seller in the transaction. The buyer was self-represented.

Keith Loria can be reached at Kloria@commercialobserver.com.\