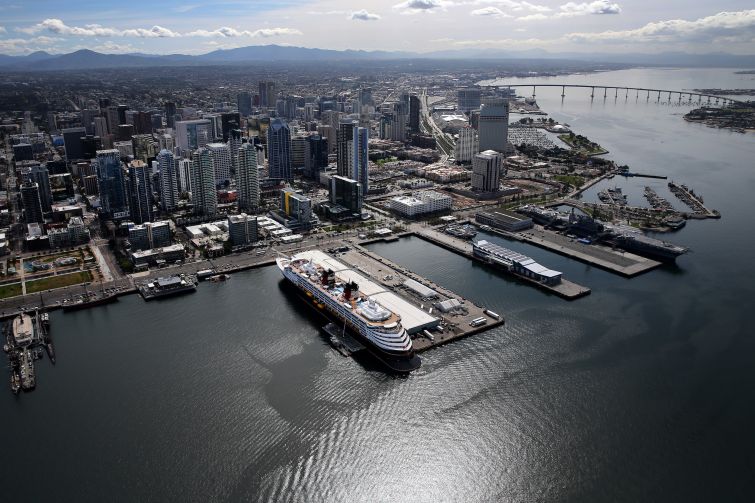 There’s hardly any lab space left in the San Diego region, one of the nation’s top hubs for life sciences real estate, and the market is starting to normalize for tenants.

According to JLL, San Diego biotech companies such as Neurocrine Biosciences, Bristol-Myers Squibb, Halozyme Therapeutics, and PetDx do not have enough lab space. The brokerage’s first quarter report shows that San Diego currently has less than 200,000 square feet of vacant lab space available, which makes up less than 1 percent of the total supply.

This year brought a third straight record high in first-quarter lab leasing with 32 tenants signing for 1.8 million square feet of lab space, a 24 percent increase from the previous quarter and a 120 percent increase year over year. In the past five years, 2022’s first quarter saw an increase of 235 percent.

However, despite the sustained demand for lab space, limited availability and soaring construction costs that impact rental rates have affected lab vacancy. Most of the available lab space being occupied has been identified as “under development” new supply, with the direct availability in the first quarter at 1.7 percent, according to JLL.

“There’s just really not that much space available [in North San Diego County],” Jake Rubendall, a principal with Lee & Associates in San Diego, said. “[Tenants] are looking in other markets like Carlsbad or downtown — there’s a lot of new development in the pipeline.”

The asking rents within San Diego’s core cluster are 33 percent higher than they were a year ago. Triple-net leases across Del Mar Heights, UTC Campus Point, Torrey Pines and Sorrento Mesa have more than doubled and tripled since 2014.

Rubendall, who specializes in industrial and warehouse spaces, said he noticed a booming interest for life sciences labs in 2021.

“Limited supply and an appetite for quality space is driving Class A asking rents in Torrey Pines, which breached $7.50 triple net,” JLL’s report said. “Asking rents in UTC/Campus Point have also pushed into the $7.50 triple net range. Class A asking rates in Sorrento Mesa have increased to an average of $6.50 NNN, with Sorrento Valley trailing closely behind at $6.25.”

“We are seeing a lot of laboratory-type tenants, GMP [good manufacturing practice] manufacturing-type tenants, coming up to North County because there is no available space in Central San Diego in Sorrento Valley and Torrey Pines,” Rubendall said.

While the prospect of finding available space seems grim now, San Diego labs have secured about $800 million in venture capital funding during the first quarter. However, that’s compared to an all-time high of $1.9 billion in 2021’s first quarter.

The decrease in venture capital funding behind San Diego, along with competing life sciences markets in Boston and San Francisco, could signal that things are “returning to normal” after heightened COVID awareness measures.

In addition, the IPO market in 2022 has been depressing since the beginning of the year. With that and venture capital funding declining, JLL expects “some slowing in tenant demand and rent growth” as part of the reassessing and adjusting to a pre-COVID real estate strategy.

“The pandemic did have an effect on the economy, but the economy is changing,” Rubendall said. “There are going to be less people – private equity funds and angel investors. They are going to pull back on those kinds of investment.”

He also predicted that investors would go into industrial, and multifamily will continue to remain strong because it’s a less riskier investments than life sciences, which he notes has seen a lot of startups since the pandemic.