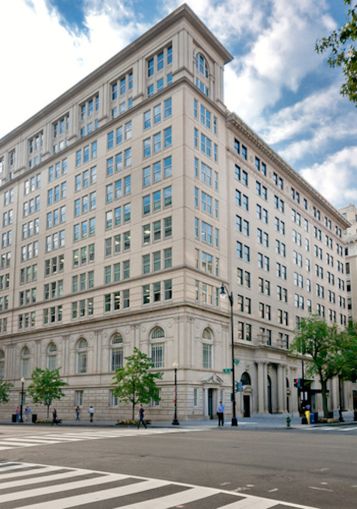 The new office, which has been planned since 2018, consolidates approximately 600 of the firm’s D.C. employees.

The 231,000-square-foot building is owned by JBG Smith, and its main lobby and interiors were redesigned by Studios Architecture for the bank.

JPMorgan Chase also announced it would open at least 70 branches between D.C., Maryland and Virginia by the end of 2025, including 40 in the Greater Washington area.

Furthermore, 30 percent of the new locations will be situated in neighborhoods that predominantly serve low to moderate incomes, such Wards 7 and 8 in D.C., and West Baltimore and Prince George’s County in Maryland.

JPMorgan Chase has been doing business in the Greater Washington region since 1999 and has more than 1,300 employees in D.C., Maryland, and Virginia combined.

The company also recently committed $75 million in philanthropic and flexible low-cost loans to help close the racial wealth divide for those living between Baltimore and Richmond.

“This region — stretching from Richmond to Baltimore — is one of the largest economies in the country,” Peter Scher, JPMorgan Chase’s vice chairman and chair of the mid-Atlantic region, said in a prepared statement. “With the opening of our mid-Atlantic headquarters, and our continued philanthropic and business commitments, JPMorgan Chase is supporting the future of Greater Washington.”