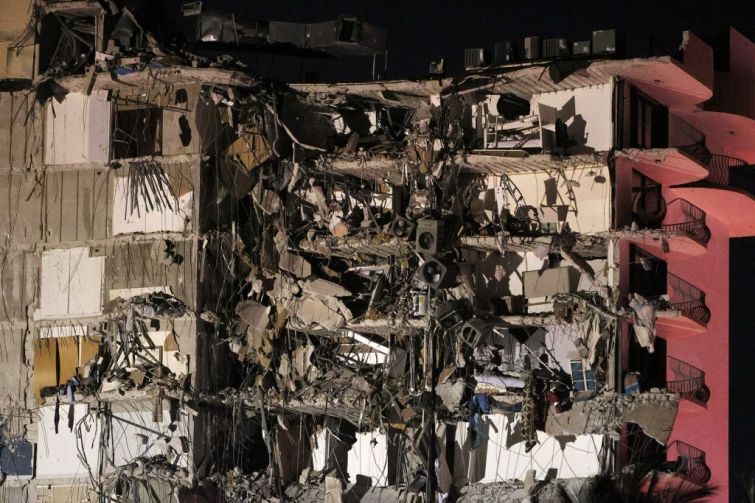 A portion of the 12-story condo tower crumbled to the ground during a partial collapse of the building in Surfside, Florida. Photo: Joe Raedle/Getty Images

The bill passed in a special session Wednesday after state lawmakers failed to reach an agreement during the regular legislative session that ended in March. The bill would impose more stringent requirements on condominium associations’ cash reserves and require more frequent inspections of condo buildings.

Florida law always required condo associations to hold reserves earmarked for major repairs. But many associations skirted the requirement by exempting themselves from costly and contentious assessments on unit owners.

The bill passed this week compels condos to save for structural repairs, said Rep. Daniel Perez, R-Miami, and the bill’s sponsor.

“Currently the associations have the duty to collect reserves. The problem is that they are allowed to waive that duty – and most of them are doing that,” Perez said Wednesday on the House floor. “They’re doing it because they’re kicking the can down the road.”

The bill calls for condos to stop exempting themselves from reserve requirements starting Dec. 31, 2024.

Jan Bergemann, founder of Cyber Citizens For Justice, an advocacy group for condo unit owners, said he has pushed for more robust reserve requirements for nearly two decades. “For many years, condo owners were allowed not to fund their reserves. Now that is coming back to haunt them,” Bergemann told Commercial Observer. “Now what you are facing is a lot of high-rise buildings in desperate need of repairs, and no money to pay for it.”

Still, Bergemann said he worries that some condo owners could be priced out of their units by sudden assessments.

Condo buildings taller than three stories would be inspected 10 years after their certificate of occupancy reaches 30 years of age. If the building is within three miles of the coast, the required inspections would begin 25 years after construction was completed.

The partial collapse of the Champlain Towers South condominium building in Surfside ranks as one of the deadliest building disasters in U.S. history. The oceanfront tower failed in the middle of the night in June 2021.

While no cause has been established, the condo’s board and unit owners had bickered over repair bills. Renovation costs had ballooned to $15 million, or more than $100,000 per condo owner, before the tragedy struck, and were becoming increasingly more expensive as time passed. When it collapsed, the condo was in the midst of preparing for a 40-year recertification that is required for buildings in Miami-Dade County, but the tower would have been unlikely to meet the requirements given its state of disrepair.

Lawmakers had debated condo safety during the regular legislative session this spring but failed to pass a bill. Pilloried for their inaction, legislators passed this reform package during a special session focused on property insurance.

“We can all go home knowing that when we vote for this bill, we have actually made a positive change knowing that condominiums will be safer moving forward,” Perez said.