Firm plans to expand to Orlando, and then throughout the country and internationally 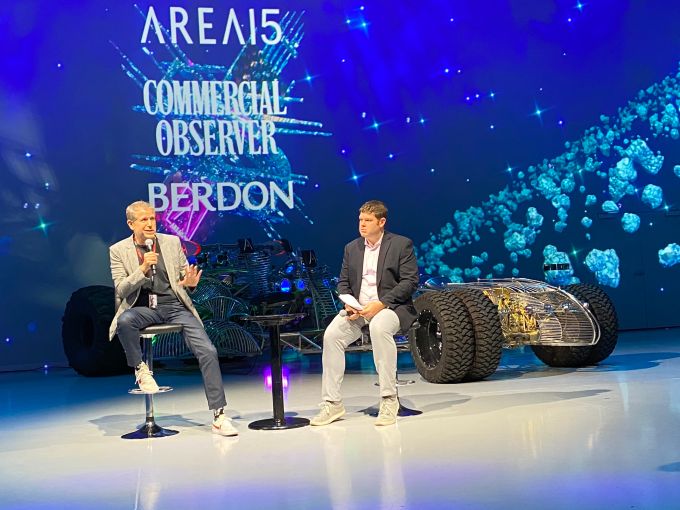 It’s Fisher Brothers’ experiential and experimental center, part of an 80-acre development called Vegas Rising a few minutes off the Las Vegas Strip. Once inside the 120,000-square-foot center, patrons are transported to an alternate reality among a collection of unique experiential and retail tenants. The hybrid retail project bills itself as an “immersive bazaar” with art installations and interactive experiences.

Fisher Brothers showcased the space at a kickoff party hosted by Commercial Observer and Berdon LLP for ICSC’s REcon in Las Vegas.

“Our tenants, our experiences, they’re trendsetters,” Winston Fisher, a principal at the Manhattan-based firm, said. “They’re people who are defining the experience economy. Whether it’s art and immersive distilleries, competitive leisure. We are not scared to take creative risks.”

Area 15’s chief operating officer, Dan Pelson, described it as a balance of entertainment, events, food and beverage, and creative tenants — “some of which we own and operate, many of which we don’t. The tenants are very different, from walk-around artistic experiences like Meow Wolf and Museum Fiasco, to competitive leisure like throwing axes.”

“It’s about connecting and being a participant instead of a spectator,” Pelson said.

“We’re in the process of building a hotel. We’re looking at 500,000 square feet more of immersive entertainment, retail, restaurants, multifamily, anything that is part of the experience economy with a creative bend,” Fisher said. “We’re expanding to Orlando, where we bought land on I-4, that’s going to be a 300,000–square-foot Area 15. Again, this incredible mashup of events, experiences, entertainment and incredible retail tenants.”

He said the company’s not stopping in Orlando, either. Fisher Brothers is also looking to build regional Area 15s all over the country and internationally.