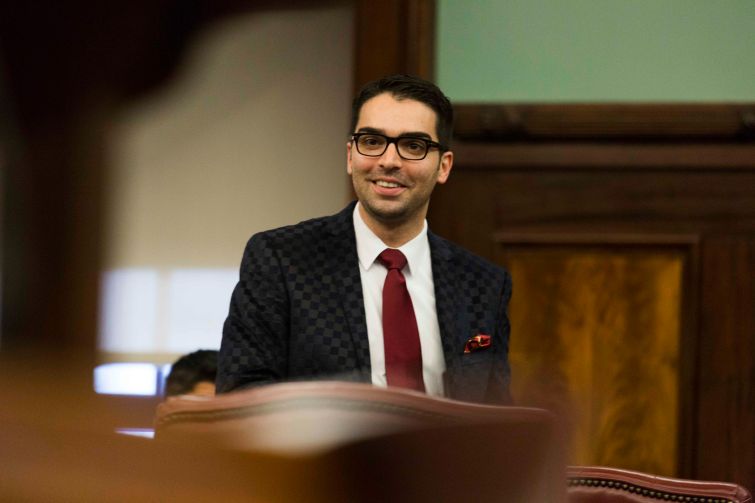 Ulrich will take over from acting commissioner Gus Sirakis and, along with newly appointed Deputy Commissioner Kazimir Vilenchik, will be tasked with overseeing construction regulation in all five boroughs and the enforcement of Local Law 97, meant to curb carbon emissions from larger buildings.

“Eric Ulrich and Kazimir Vilenchik are the right leadership team at the right time for the Department of Buildings,” Adams said in a statement. “Our city and our economy cannot recover from the COVID-19 pandemic without a strong construction industry, and this team will deliver while prioritizing worker safety and customer service.”

Ulrich previously represented residents of southeast Queens — including Ozone Park and Howard Beach — from the age of 24 until he was term-limited in December 2021. He was also only one of two Republicans on the City Council during his 12 years in the chamber and made notable runs for mayor and public advocate, losing the latter to Jumaane Williams in 2019.

“From day one, Mayor Adams has made ‘Get Stuff Done’ the motto of his administration, and this is the spirit I bring to the Department of Buildings,” Ulrich said in a statement. “I will be laser-focused on raising safety standards on job sites, delivering the customer service our city deserves, and making our building industry the most sustainable in the nation.”

During Ulrich’s time on the council, Hurricane Sandy decimated homes along the coast of southeast Queens, which led to almost a decade of raise and repair efforts that went awry through the Rapid Repairs and Build It Back programs. Ulrich was chosen to lead the DOB for his efforts to provide City Council oversight of the rebuilding effort and introduce legislation that would aid the process, according to the mayor’s office.

“From his work on oversight after the devastation of Superstorm Sandy to his advocacy for employment access and veterans’ affairs, Eric Ulrich has shown a commitment to making this city run smarter and more efficiently,” Carlo Scissura, CEO of the New York Building Congress, said in a statement.

Velenchik has been with the DOB for 14 years, most recently as Brooklyn borough commissioner. He previously held the same title for Manhattan, Queens and Staten Island, the mayor’s office said.