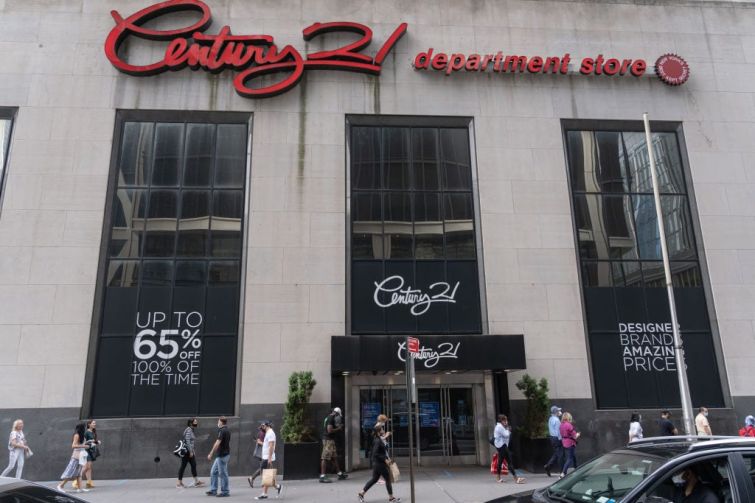 Century 21 is back, baby — at least in the Financial District.

The much-adored department store will reopen its outpost at 22 Cortlandt Street, which it shuttered in 2020, in the spring of next year, Women’s Wear Daily first reported.

Owned by the Gindi family, the store chain will shrink its space between Church Street and Broadway by half, to about 100,000 square feet. The brand will partner with Legends Hospitality, a firm operating retail and food venues at stadiums such as Yankee Stadium, to reopen the location, according to the retailer.

“Century 21 is, and always will be, a New York City brand,” Raymond Gindi, Century 21’s co-CEO, said in a statement. “Our flagship store has been a long-time symbol of this city’s resilience and unwavering spirit. In our 60-year history we have only closed our doors twice, once after the devastation of 9/11 and then again during the COVID-19 pandemic. But like the true New Yorkers we are, we have persevered.”

The reopened location will span four floors with men’s, women’s and children’s apparel, footwear, bags, accessories and perfume with a “streamlined customer shopping experience,” according to the retailer.

Century 21, founded in 1961 in Bay Ridge, Brooklyn, began searching for new tenants to take some of the retailer’s Cortlandt Street space last year, even offering free rent to lure potential takers after the store filed for bankruptcy in September 2020. The chain took another hit when its landlord sued the department store for $3 million in back rent last June for allegedly failing to vacate the fourth, fifth, sixth and ninth floors.

A representative for Century 21 did not immediately respond to questions about what floors the store would occupy when it reopens.

Century 21 planned to close its 13 stores in New York City, New Jersey, Florida and Pennsylvania in 2020 when it filed for bankruptcy, blaming its insurance companies for declining to cover $175 million in lost income due to the COVID-19 pandemic. Those closures included the Cortlandt Street location and an outpost in Bay Ridge — which is slated to be demolished and replaced with a new, larger retail development, Commercial Observer reported.

But the store made a surprising comeback, announcing plans to reopen in the Big Apple last year along with an outpost in South Korea after the Gindi family bought the retailer’s intellectual property out of bankruptcy in February 2021 — though it’s unclear if the overseas location ever materialized. A representative from Century 21 did not immediately respond to a request for comment on the international outpost.