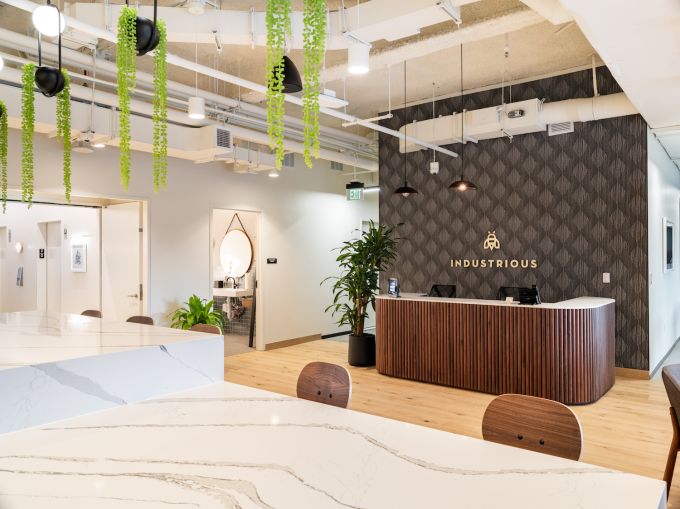 CBRE has doubled down on flex, investing $100 million in workspace provider Industrious to support its global expansion, Commercial Observer has learned.

The new funds add to the $230 million CBRE invested in Industrious in early 2021, which represented a 40 percent stake in the company. At the time, Industrious also took ownership of CBRE’s own flexible workspace platform, Hana, which had 10 locations.

“We see a huge opportunity in flex space,” said CBRE’s Chief Financial and Investment Officer Emma Giamartino. “We spent a number of years building out Hana, and we knew that to take it to the next level we needed an external partner.”

The opportunity in flex has intensified over the last year because of the change in workspace expectations, said Giamartino.

“Demand from occupiers for flex space has only increased since we made our first investment,” she said.

In a 2022 survey of occupiers in the United States, 59 percent said that flex space will account for more than 10 percent of their portfolio within two years, according to CBRE.

The flex space is maturing. As enterprise companies rethink their workspace strategies in light of the past two years, more C-suite executives are getting directly involved with workplace decisions. They’re often interested in working with a single partner across their portfolio, and need a global network of locations, said Industrious co-founder and CEO Jamie Hodari.

“With each passing day the intertwinement of long-term leasing and flex, workplace-as-a-service and building management gets more pronounced,” Hodari said. “A​​nd a lot of companies have moved from dabbling with flex, where it felt more like an experiment, to doing it as a more programmatic durable decision.”

To accommodate that demand, Industrious is expanding internationally and acquired two workspace companies, The Great Room in Asia and Welkin & Meraki in Europe, for slightly over $100 million, the company announced earlier this month. The acquisitions gave Industrious a foothold in six countries, including France, China and Singapore. The existing teams will remain to manage operations in their respective countries.

Industrious picked those two companies, with a total of 12 locations, because they operate similarly to Industrious using management agreements rather than leases.

“We couldn’t go buy a 100-unit provider that had all leases, or it would have completely corrupted or flipped our business model on its head,” said Hodari.

The acquisitions are a first step for Industrious, but it has a long way to go to play alongside the dominant global workspace companies, WeWork and IWG, which have over 750 and 3,300 locations, respectively.

Even before the acquisitions and capital infusion from CBRE, Industrious had been expanding rapidly. The company now operates over 150 locations in 50 cities in the United States and the United Kingdom. It added more than 1 million square feet of space in 2021, and plans to exceed that amount in 2022. Revenue increased 190 percent between April 2021 and April 2022, according to Industrious’ numbers.

It’s growth that’s “sustainable,” Hodari said. That’s one benefit of working with a strategic partner like CBRE, rather than a venture capital firm that might prioritize growth over strong financial fundamentals. “They’re business people first, second and third,” he said. CBRE’s funds are in the form of convertible preferred equity, and won’t increase its ownership stake in Industrious until the security converts, per CBRE.

Giamartino, who is also on Industrious’ board, concurred. “From an investment perspective, we’re invested in Industrious because we see the opportunity for long-term enduring growth,” she said.

“It’s like selling cell phones in 2002,” Hodari said. “There’s increasing adoption of the category, but you still need to be great at it.”