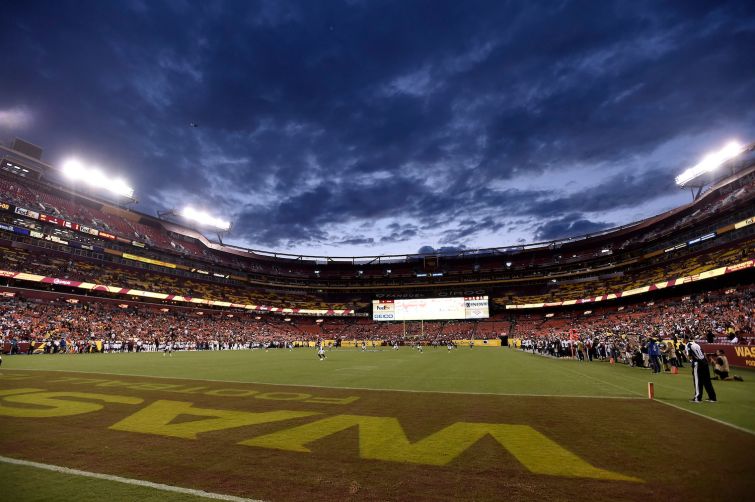 The NFL’s Washington franchise has its new name ready for the upcoming season, and now it may be getting a new home as well.

The Commanders, owned by Dan Snyder since 1999, has a $100 million option-to-purchase agreement to acquire approximately 200 acres of land in Woodbridge, Va., as a potential site for a new stadium, according to ESPN.

If a move to Prince William County becomes a reality, the plans reportedly include a 60,000-seat domed stadium that would be part of a much larger development. The site would include a practice facility; an amphitheater that seats between 15,000 and 20,000; a small indoor music arena; shops and restaurants; and residential living.

This is the latest development in the Commanders’ stadium saga, which has been of great interest in the DMV region. The team is committed to playing at FedEx Field in Landover until its lease is up in 2027, and there is plenty of interest in Washington, D.C., Maryland and Virginia to lure the team somewhere new.

This sale does not guarantee that any move or major announcement is on the immediate horizon.

“No decision has been made on a new stadium in Prince William County,” Christina Winn, executive director of the Prince William County Department of Economic Development, said in a prepared statement. “As far as we understand, the team is exploring all of their options, including where they currently own land.”

Maryland lawmakers recently approved a $400 million investment in the area around FedEx Field that would bring an updated stadium and its own mini-city concept. Commanders owner Daniel Snyder himself owns more than 200 acres near FedEx Field, so he may ultimately decide to stay and create his own mixed-use community surrounding it.

Things aren’t so rosy for the District’s prospect of returning the team to its original home at the RFK Campus. Despite expressing her desire to see the Commanders play once again in D.C., Mayor Muriel Bowser’s recent budget included a $434 million proposal for the modernization of parks, libraries and recreation facilities — including $60 million earmarked for the redevelopment of the RFK Campus.

The idea is to build a new indoor sports complex at the campus, virtually quashing any hopes of the Commanders returning.

Virginia Gov. Glenn Youngkin has been very vocal about his interest in bringing the Commanders to the commonwealth, with potential sites in Loudoun and Prince William counties being bandied about by lawmakers and developers. Among them are a site near Potomac Shores Golf Club in Dumfries, Va., and a quarry near Dulles International Airport in Sterling.

Requests for comment from the Washington Commanders was not immediately returned.