DC Budget May End Hopes for Commanders’ Return to the District 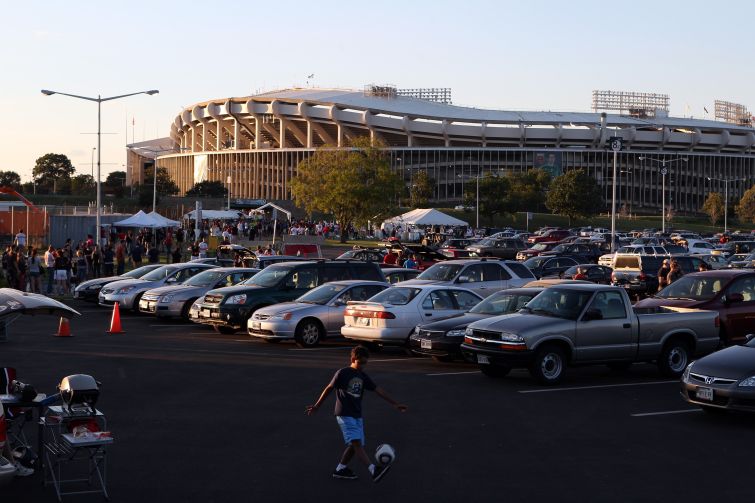 Last month, after the NFL’s Washington Football Team’s name was changed to the Washington Washington Commanders, D.C. Mayor Muriel Bowser threw her support behind bringing the longtime franchise back to the District.

While the Commanders are associated with D.C., the team plays at FedEx Field in Landover, Md., after playing at the defunct Robert F. Kennedy Memorial Stadium in the District from 1961 through 1996.

“The next chapter for the Washington Commanders should be returned to winning right here in D.C.,” the mayor said when the team’s new name was revealed, referring to the 65,000-seat football stadium proposed by Events DC, the sports and entertainment arm of the D.C. government, at the former RFK site.

But that seems less likely to happen now based on Bowser’s new budget, which included a proposed $434 million for the modernization of parks, libraries and recreation facilities, including $60 million earmarked for RFK Campus.

At her press conference announcing the budget, Bowser spoke of constructing a new indoor sports complex to be built at the RFK Campus, virtually quashing any hopes of the Commanders returning — at least to their former home.

The idea is to transform the RFK complex into a premier destination for training, tournaments and competitions for a variety of sports, according to the budget proposal. The campus would consist of several public facilities, such as a gymnastics training facility, an indoor track and climbing walls.

The budget calls for the complex to be completed by 2028.

“We’re making sure young people are challenged and engaged in school, after school, and during the summer,” Bowser tweeted, adding a rendering of layout plans for the campus.

That could be good news for any of the Virginia-based groups trying to attract the football team to Northern Virginia when its lease at FedEx Field expires in 2027.

Virginia Gov. Glenn Youngkin has been very vocal about his interest in trying to get the Commanders to the commonwealth, with sites in Loudoun and Prince William Counties being considered.

Requests for comment from the mayor’s office were not immediately returned.