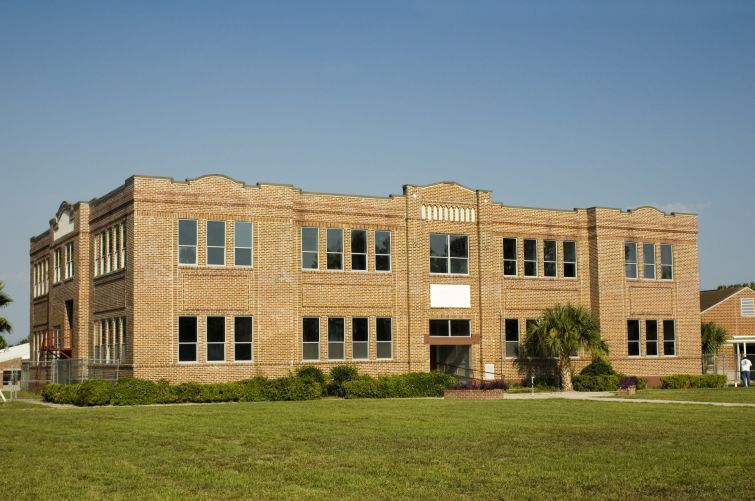 Taking vacant properties and adapting them for use as affordable housing can help developers save money while reducing their environmental footprint. Partner Insights spoke to Jack Bernhard, executive director of community development real estate for JPMorgan Chase, about this approach.

Commercial Observer: How much affordable housing across the country is currently adaptive reuse as opposed to new construction?

What are the benefits for developers of creating affordable housing through adaptive reuse?

These buildings are often located in favorable places. Schools, for example, are one of the building types that have been adapted into affordable housing because they’re typically located in residential areas. Schools generally have good bones, so they can be less expensive to convert. Adding new windows, mechanical systems and roofing with improved efficiency ratings can have a positive impact on the environment. Common spaces such as gyms or auditoriums can be adapted to create building amenities for the residents. Taking steps as small as replacing the windows can make a building more energy efficient while still preserving its character and that of the neighborhood.

What are some of the challenges faced by developers who engage in adaptive reuse for affordable housing?

Construction issues are probably the most challenging and costly. There was a building in Grand Rapids, Mich., that was constructed in different phases. One phase of the building was situated a foot lower than the other because the land shifted over time. Situations like this require an experienced developer who has encountered something like it before and knows how to handle it. In this case, the developer found a world-renowned structural engineer to assist and was able to complete the project within budget. Unforeseen issues like this are the reason we include a contingency factor of around 10 percent in the budget. Other challenges can be environmental. Buildings can have asbestos contamination, lead-based paint or underground storage tanks that had gasoline or oil stored in them.

What programs does JPMorgan Chase have in place to assist those who are engaging in adaptive reuse?

There are a number of things we do to help bring these projects to fruition. First, there are tax-credit programs that can be used to help with the renovation and adaptive reuse of these buildings, including Low Income Housing Tax Credit (LIHTC), New Markets Tax Credit (NMTC) and Historic Tax Credit (HTC). JPMorgan Chase purchases these credits and invests the proceeds in the building. Chase has invested millions of dollars across the U.S., and those funds are used to renovate buildings into affordable housing or vital community facilities and small businesses that contribute to thriving neighborhoods.

For example, last year we invested in a project on the South Side of Chicago. A storage building had been vacant for many years. It’s being converted into a healthy lifestyle building in an area lacking health care facilities and other neighborhood amenities, with the help of NMTC equity.

JPMorgan Chase invests hundreds of millions of dollars to preserve and reuse existing buildings annually throughout the country.

Do you have a few other examples you can share?

We provided $85.5 million in construction/bridge financing for the redevelopment of Lawson House, Chicago’s 24-story, 583-unit single-resident-occupancy development, into a 409-unit affordable housing development with all units having their own bathrooms and kitchen areas. Chase invested $82 million in the project through the purchase of federal HTC and housing tax credit. This was the third-largest investment Chase ever made in an affordable housing development. Eighty percent of the units will be subject to project-based vouchers, and the other 20 percent will be restricted to tenants with incomes of 60 percent or less of average median income (AMI). We also provided a $15 million construction loan in Milwaukee to finance the renovation of a vacant three-story school into 42 units and the new construction of a building containing 40 units. Over 80 percent of this project will be affordable to families with incomes ranging between 30 and 60 percent of AMI.

Are there any additional mechanisms in place for financial assistance from the government for developers doing adaptive reuse?

In addition, the government might freeze the taxes for a period of time, or the state could incentivize environmental cleanup with brownfield tax credits. Tax Increment Financing (TIF) is also an integral part of funding for these types of buildings, but is not available in all cities.

How common do you see this sort of adaptive reuse becoming in the long term?

I think it’s going to be a popular trend as more properties become vacant due to fewer people working in offices, companies requiring less space, and schools closing due to declining enrollment or new schools being constructed to replace buildings that have become obsolete. Oftentimes these buildings are located in favorable areas where it’s typically harder for a developer to obtain space and the acquisition price may be satisfactory. It’s something we want developers to look at to help stabilize and improve a neighborhood. Neighborhoods are being revitalized by putting a building back into use and providing quality housing or services for the residents and community.