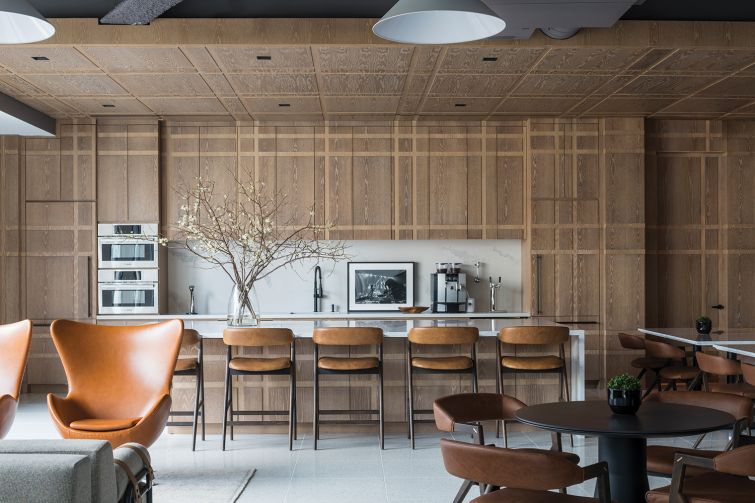 Accordion's new office has a a cafe with plaid wood patterning, which is meant to be a playful reference to men's suits. Photo: BDHM 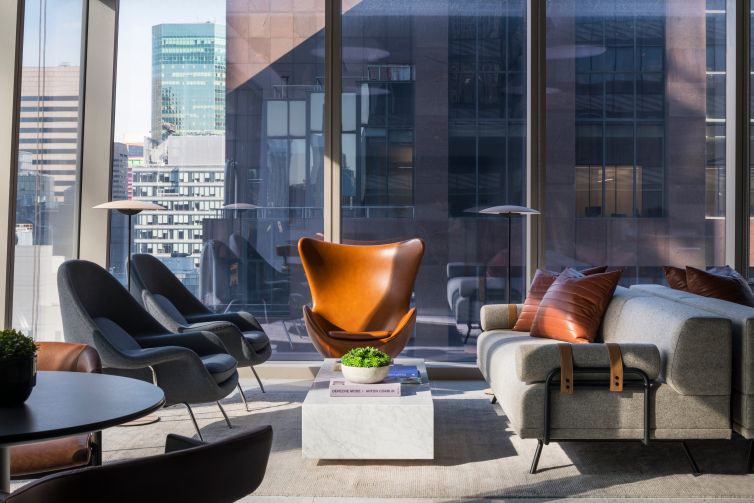 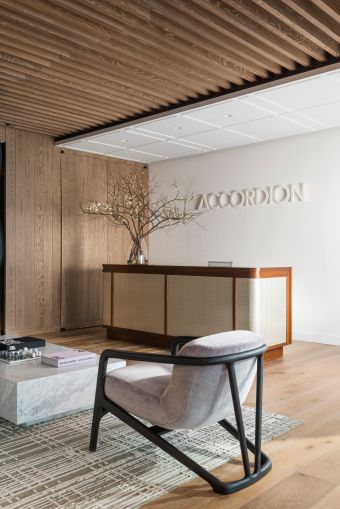 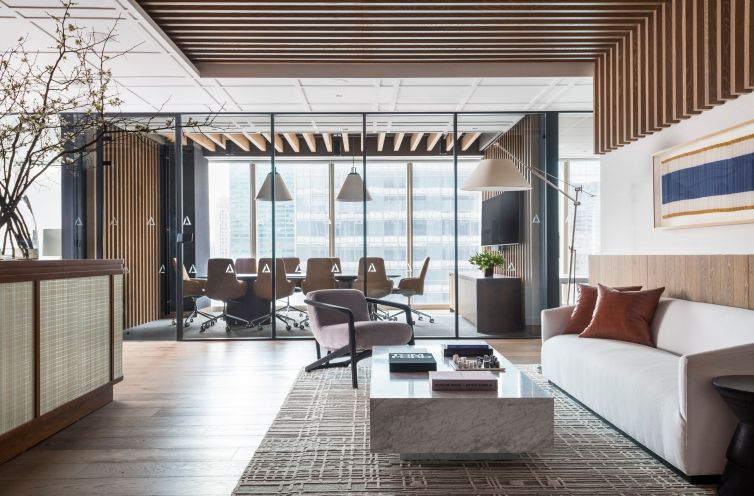 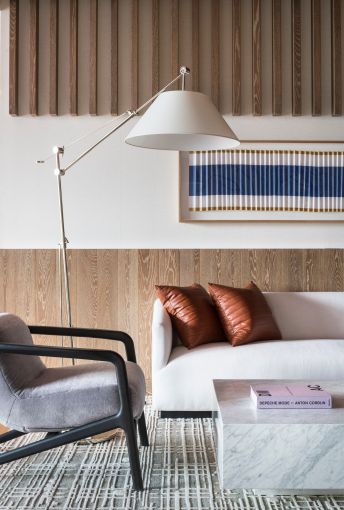 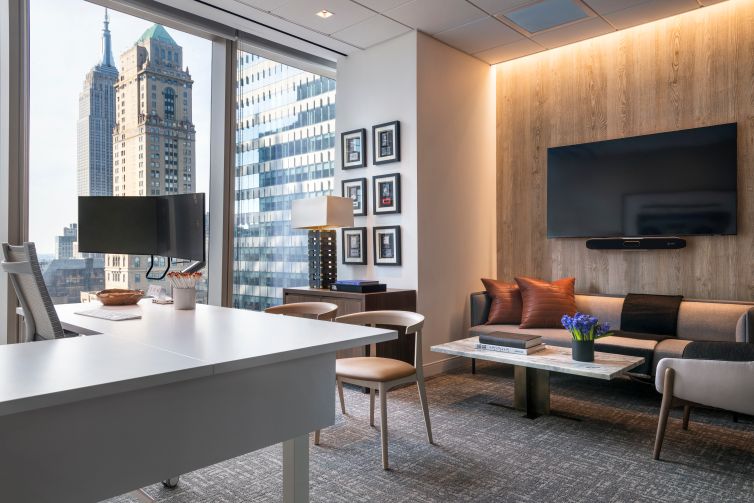 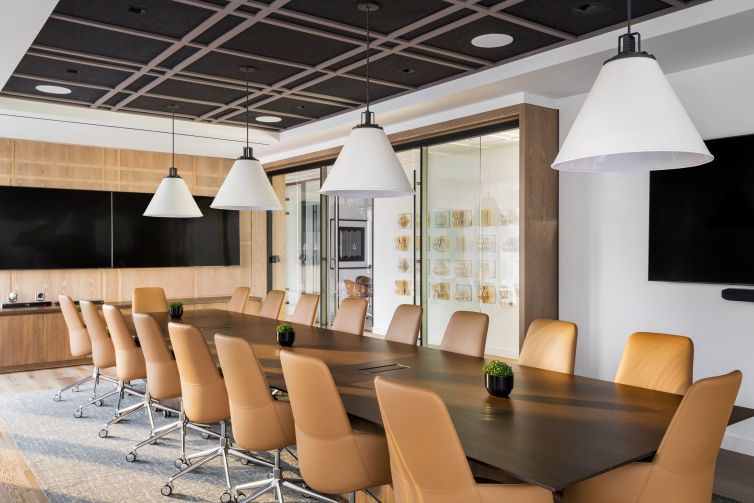 When private equity firm Accordion leased offices on the 24th floor of 1 Vanderbilt, it wanted to strike a balance between the vibes of corporate finance and youthful startups.

So it brought in interior designer Dan Mazzarini, who is known for his retail and hospitality work, to give the 15,000-square-foot space a unique but professional flair. Mazzarini, who runs his own interior design firm, BHDM, said he wanted to focus on making the open work areas welcoming while ensuring that employees had enough space to accomplish “heads-down” work.

“The biggest note we get on people working from home is about not being as productive in their heads-down work in the noise of an office,” he said.

Originally, there were supposed to be private offices for partners along the outer, windowed edges of the space, but the firm opted to convert the executive offices into reservable, shared rooms for small meetings or independent work. So there are 28 spaces for people to do heads-down work, including many one- and two-person offices plus four phone booths.

But the centerpiece of the space is the cafe and kitchen, which features two-tone plaid wood paneling on the walls, ceiling, cabinets and even the refrigerators.

“Their business can feel very buttoned-up,” said Mazzarini. “But we wanted to give the space a personality. You want employees to feel like they work in this cool space, but you want investors to feel like they can trust you with their money.”

He added, “We thought, ‘Why don’t we be a little bit irreverent about the patterns in men’s suiting?’ And that became the inspiration.”

The furniture in the cafe and throughout the office is a casual midcentury modern, which means warm brown leather armchairs; low, gray sofas; and rectangular, low, white coffee tables.

Much of the space also has slatted wood ceilings that allow workers to see the open space above, to give the office a trendier feel while mitigating the sound issues from such cavernous ceilings.

“Those slatted ceilings are a system that has both lighting and acoustic qualities integrated,” said Mazzarini. “The emotional conversation in this workspace is that we’re polished but fun, a little more downtown.”