What New York Real Estate Investors Are Most Concerned About Now 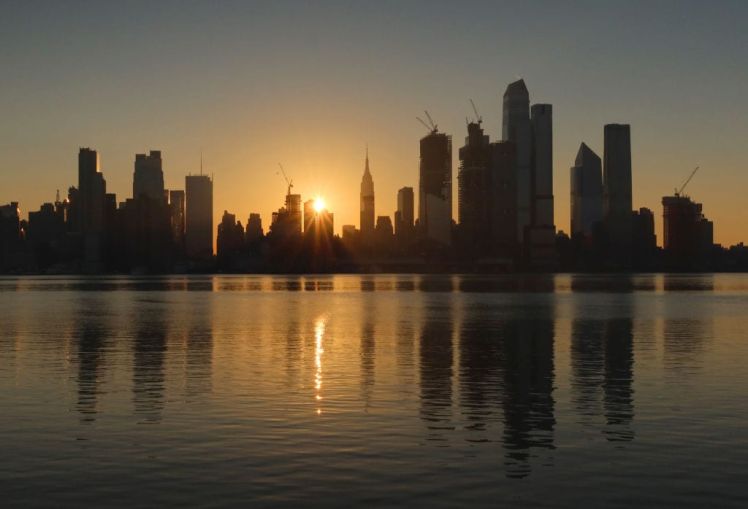 With all that is going on in the world today and all that is going on in New York City, I thought it would be interesting to hear what was on the minds of those in the New York investment sales market. Toward the start of this month, I emailed a wide array of investors, asking them one simple question: What is the issue that concerns you the most about our local commercial real estate market today?

There were 847 responses, and here are the results in the order of the most mentioned issues. (Note: I emailed these investors before the April 7 announcement that the 421a tax abatement program for affordable housing development would not be extended past its mid-June deadline and there was no replacement set.)

Politics and rent regulation: There is a very pronounced feeling that anti-business and anti-real estate sentiment is pervasive throughout the City Council and the state Legislature. The comments received on this topic stated that, over the past few years particularly, more of our elected officials have implemented policies that have worked against the interests of property owners. “Many politicians seem to not believe that residential real estate should be a for-profit business,” as one respondent put it.

The rent law changes in June 2019 were the most significant shift against property owners’ interests in the multifamily business in decades. These changes marginalized the incentives for the private sector to invest in the housing stock in the city, and eliminated major incentives for private sector investment in the space. In the mid 1970s, the dilapidation rate in New York City in residential rental housing was 14 percent, meaning that 14 percent of rental housing units in the city were uninhabitable. By 2019, the dilapidation rate had fallen to 0.04 percent. Why did this happen? Because new state programs created a tremendous incentive for the private sector to invest in the housing stock. Tens of billions of private sector dollars were deployed and living conditions for tenants improved significantly.

Additionally, the political headwinds are such that New York is losing its place nationally. Even though there is a much higher aggregate value of all of the investment properties here than anywhere else in the U.S., New York is no longer No. 1 in sales volume. From at least 1984 through 2019, New York City had the highest dollar volume of sales of any U.S. city. In 2020, New York City fell to No. 2 and, in 2021, Gotham fell to No. 7. These numbers are shocking and, as one respondent said, “Our politicians don’t care if they wreck our city. All of my friends are looking to invest outside of New York and, for the first time in my life, so am I.”

Crime: “We need people to get back to the office and, if people don’t feel safe riding trains or taking buses, they are not going to want to come back,” one respondent replied. Notwithstanding the tangible increases in crime in the city, many market participants are optimistic about Mayor Eric Adams’ ability to reverse this trend but feel it could take quite a while for the impact of his policies to impact quality of life.

“People have to feel safe in the city for the city to thrive. We need to clean up the streets and get the bad guys off the streets. If our police do their jobs but crooks are given a slap on the wrist, things will never get better,” one respondent replied.

Another stated that “the key is for people to get out and vote. De Blasio won by a ‘landslide’ but less than 14 percent of registered voters voted in his last election. Getting the majority of those votes is still a small part of our population, which is why so many of his policies were so unpopular with the vast majority of New Yorkers.”

“Many people want the new Manhattan district attorney to be tougher on crime, but he campaigned on his current policies and won by 60 percent. People need to be more politically aware to effectuate change,” another said.

Work from home: Many respondents were concerned about when New York workers were going to get back into the office. Many owners have reported physical occupancy of less than 50 percent. However, almost all of them have reported that the occupancy is increasing, and this will be a very positive sign for retail, especially in areas with a high density of office buildings.

421a/Affordable New York/485w: Many of the respondents, particularly developers, are concerned about the looming expiration of the Affordable New York program and whether it will be renewed or not. Some believe that “it has to be renewed because without it, there will be a huge air bubble in the rental housing supply.” Others were less optimistic. “They will let it expire so that they can bring back a much more watered-down version in a year or so.” Let’s hope that a new version is implemented sooner rather than later as much of the city’s rental development is not economically feasible without it.

Real estate tax policy: “The implementation of our local real estate tax policy has been a mystery for decades and needs a complete overhaul,” one investor said. “In the multifamily sector, back in the 1980s, real estate taxes were about 5 to 6 percent of gross revenue. Today, that percentage is targeted at 30 percent but in many cases exceeds that,” she continued. “The tax burden is inequitably distributed and needs a complete overhaul,” another investor replied. In another interesting comment, a different investor said, “The city considered penalizing building owners for vacant retail spaces but so many retail tenants went out of business because real estate tax increases and tax pass-throughs drove occupancy costs too high. The city exacerbated this problem and then wanted to blame the owners for the vacancies. You can’t make this stuff up.”

Other issues that participants in my survey brought up included out-migration, interest rates, homelessness, city Department of Buildings operations, and several others that were mentioned only once or twice.

Clearly, there are many things commercial real estate investors are concerned about. Notwithstanding these issues, we believe the city is on the right track and trending in the right direction. It will take a lot of effort to make tangible changes but as one respondent said, “Never bet against New York City!”