Valentino Suing Landlord to Get Out of Fifth Avenue Lease 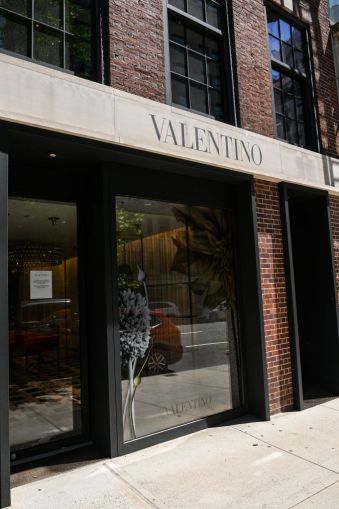 Italian luxury retailer Valentino sued its landlord to get out of the lease for its four-story Fifth Avenue boutique because of losses caused by the coronavirus pandemic, court records show.

The U.S. arm of Valentino filed the suit against 693 Fifth Owner, LLC over the weekend after emergency coronavirus measures forced it to close its 693 Fifth Avenue store since March which frustrated “the very purpose of [Valentino’s] lease,” The Wall Street Journal first reported.

“In the current social and economic climate, filled with COVID-19-related restrictions, social-distancing measures, a lack of consumer confidence and a prevailing fear of patronizing, in person, ‘non-essential’, luxury retail boutique Valentino’s business at the premises has been substantially hindered, rendered impractical, unfeasible and no longer workable,” the retailer argued in its suit.

The retailer argued that lease became void because it requires the shop to be “continuously operated under the ‘Valentino’ brand” and it was unable to do so during the pandemic.

The landlord’s lawyer, Robert Cyruli, said in a statement to Commercial Observer: “My client prefers not to litigate through the media.”

A spokesperson for Valentino did not immediately respond to a request for comment.

The Italian-brand is one of several retailers taking to the courts to get out of its leases after the coronavirus pandemic caused them to temporarily shutter and lose sales.

Victoria’s Secret and Bath & Body Works, both owned by L Brands, filed lawsuits against SL Green Realty Corp. to get out its leases at Manhattan stores, as CO previously reported.

Before the pandemic, the luxury shopping corridor along Fifth Avenue has faced vacant storefronts and declining rents as retailers faced growing competition from e-commerce brands.